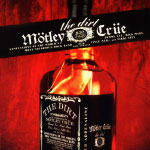 
Any time one sees or hears about Motley Crue in the media the first thing that comes to mind is rarely the music; it's the stereotypical tales of excessive rock n' roll shenanigans, in this collaborative autobiography The Crue proves these tales are more than just media spun rumors.

The book kicks off with Vince Neil giving a graphic description of one of Tommy Lees girlfriends "Talents", just to give you a taste of the highly offensive read you have ahead of you. After some descriptions of the state of living the band was in, in the early formation of the band, each member goes back into their history, childhood life and upbringing, explaining the roots of the egos and insanity. Each member takes turns explaining their side of the story, through their own chapters. The most entertaining parts seemed to come from the feuds and close encounters with everybody from Malcolm Young to Bruce Dickinson (mostly caused by the intoxicated Nikki Sixx). This book seemed to hit every emotion for me, gave me a lot of laughter, even almost made me cry a few times.

Unfortunately there are some downfalls in this book. Being that the book was written while the band was still broken up, quite a few stories seemed to have a different twist on them to take pot-shots at each other, Mick Mars seemed to be the only one to write from an entirely objective standpoint. Some sections tend to a get depressing and dry at points (Especially the John Corabi era). Oddly enough its when the band begins to sober up that the hilarious tales of trouble making and tomfoolery seem to come to a screeching halt. My final problem with the book is the lack of focus on a lot of the music, but at the same time the band didn't put much effort into a few records, which is heartbreaking when you find out a favorite song of yours was written as a filler so they could get out of the studio to go shoot heroin, but I guess I can't complain, at least they were being 100% honest.

Overall this is a fantastic read, even if you're not interested in the glam metal genre you'll get at least a laugh or two. Just as a disclaimer I highly recommend you not read this if you are the weak of heart, this truly is a tell-all autobiography.