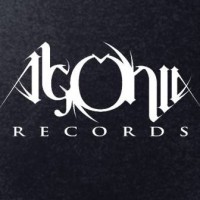 After previously getting booted from their previous label, Season Of Mist, after court files regarding frontman Dagon's involvement with child pornography came to light, it seems that Inquisition have found a new label in Agonia Records, which have released their new album, Black Mass For A Mass Grave, on the 20th of November. Now the label is defending that decision.

"Luciferian Rays", a brand new track by the black metal duo Inquisition, is now streaming below. The song is going to be featured in the band's forthcoming album, for which no details have been revealed yet. The video was filmed on location at the Pacific Coast region of Washington State, United States in 2020 and it was directed by Nader Sadek.


Inquisition - Booted Out Of Season Of Mist, Release Statement

Season of Mist has just released a statement announcing that they are no longer working with Inquisition. In a short statement, the label simply said: "Season of Mist are no longer working with Inquisition. There will be no further statement." This has generated some speculation, with claims that it might have something to do with Dagon's criminal record or the accusations that Inquisition are associated with racist or white power leanings. Dagon has previously denied any Nazi association.

Inquisition have announced that the rare official live bootleg, Demonic Ritual In Unholy Blackness, will be released on February 23rd via Season Of Mist, limited to only 300 copies. It was recorded live in Padua, Italy, on September 25th, 2010 and you can check out the cover artwork and tracklist below.

Inquisition have just released a video clip for the track "From Chaos They Came", taken from the black metal trailblazers' latest album, Bloodshed Across The Empyrean Altar Beyond The Celestial Zenith. It was produced by Videohammer Studios and directed by Tommy Jones. Watch it now below.


Septicflesh - To Tour Europe With Inquisition 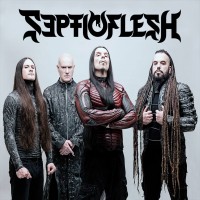 The Greek masters of symphonic death metal Septicflesh (currently on tour in Latin America) and American black metal trailblazers Inquisition will join forces on an upcoming European tour. The band has just announced a big European tour in support of their latest masterpiece, Codex Omega. Check out the tour dates below. Maybe you'll get a chance to catch them live on a town near you.

Inquisition recently announced their first U.S. headline tour in many years. A full list of confirmed dates taking place in September is available below. The band is still promoting their current album, Bloodshed Across The Empyrean Altar Beyond The Celestial Zenith. Black metallers Uada and Volahn, both from the U.S., are joining Inquisition on the ride.


Woe - Kicked Off Festival For Performing With Inquisition 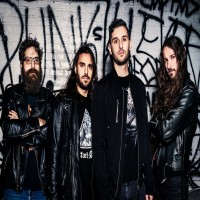 New York black metal band Woe released the album Hope Attrition in March and they seemed to cause some attrition in Germany as they were removed (along with tour mates Ultha) from the Droneburg VII festival at the venue Hafenklang in Hamburg, Germany as a result of performing with Inquisition, a band previously accused of having ties to Neo-Nazism, which they have denied. Hamburg ist Droneburg have issued a statement explaining the cancellation was forced last-minute by the venue.

Colombians at heart, Inquisition later relocated to the U.S. and are currently touring in support of Mayhem in North America. Unfortunately, they had to cancel the Canadian shows in Montreal and Toronto due to an Immigration issue. Sadly, the Canadian fans will not be able to see Inquisition perform.

Bloodshed Across The Empyrean Altar Beyond The Celestial Zenith, the newest black metal attack from Inquisition, is currently available for streaming in full over here or alternatively below. The band will officially release their seventh album on August 26th through Season Of Mist. This is Inquisition's first full-length record since 2013's Obscure Verses For The Multiverse. Check it out for yourself.

Recently, the black metal duo Inquisition unveiled the crushing third song taken from their forthcoming full-length, Bloodshed Across The Empyrean Altar Beyond The Celestial Zenith. Soon to be released via Season of Mist on August 26th, the album will feature 13 tracks. "Vortex From The Celestial Flying Throne Of Storms" is one of them and you can see if you like it or not after you listen to it here.

Black metallers Inquisition are releasing a new album called Bloodshed Across The Empyrean Altar Beyond The Celestial Zenith which will see the light of day on the 26th of August via Season Of Mist. They have now shared another song from the new opus. As a taste of the record, you can now discover the tune "Power From The Center Of The Cosmic Black Spiral" below through the YouTube video. Do you like it?

Who's up for a new Inquisition song? As long as it is good. The track "Wings Of Anu" has premiered exclusively and can be enjoyed at this location. Alternatively, you can spin it here. "Wings Of Anu" will appear on the band's new album Bloodshed Across The Empyrean Altar Beyond The Celestial Zenith, which will be released on August 26th, 2016 through Season Of Mist. See all the details below.

Black metallers Inquisition continue to reveal details from their new album little by little. Today, they have unveiled their upcoming album rather lengthy title and release date. Mark your calendars for the 26th of August for the release of Bloodshed Across The Empyrean Altar Beyond The Celestial Zenith on Season Of Mist.

Colombian black metal duo Inquisition will team up with Rotting Christ for a co-headlining European tour this coming October/November. Together with Mystifier and Schammasch as support acts, Bloodshed Rituals European tour will encompass 27 shows in 16 territories. All confirmed dates can be seen down under.