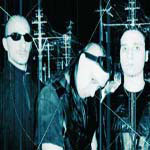 Italian doomsters Void Of Silence recently announced an agreement with Avantgarde Music for the release of their new opus, The Sky Over, in late spring.

They stated: "We are proud to announce that the next album The Sky Over will be released for the historical Italian label Avantgarde Music. Further joy for us, Luca Soi fortunately resumed the role of singer and he is working on his (marvelous) vocal tracks as we speak. We hope to complete everything by the end of March. Mixing and Mastering by Déhá Amsg at the Opus Magnum Studios."

This new record sees the return of Void Of Silence after releasing The Grave Of Civilization back in 2010.