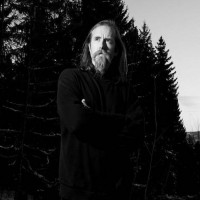 In the years since his release from prison, infamous malefactor Varg Vikernes has kept himself attached to the public eye through his YouTube channel, ThuleanPerspective, through which he shared his opinions on a variety of subjects. Those days have come to an end - in a wave of spring cleaning, YouTube axed ThuleanPerspective along with many other channels no longer deemed fit for human consumption.

Vikernes, the great boogeyman of the Norwegian black metal scene known for murder, arson, and prison escapes in addition to his work under the Burzum name, has frequently rejected the "Nazi" label and prefers to use terms of his own making to describe his positions. His videos, however, frequently contained rhetoric that favored neo-Nazi ideologies and various racist, anti-Jewish, and otherwise discriminatory views, and YouTube, electing to call a spade a spade, has deemed Vikernes a malicious influence whose content violates their policies on hate speech.

The video platform recently released a statement to the effect that they would be tightening restrictions on the type of content they will allow to be published: "Today, we're taking another step in our hate speech policy by specifically prohibiting videos alleging that a group is superior in order to justify discrimination, segregation or exclusion based on qualities like age, gender, race, caste, religion, sexual orientation or veteran status. This would include, for example, videos that promote or glorify Nazi ideology, which is inherently discriminatory. Finally, we will remove content denying that well-documented violent events, like the Holocaust or the shooting at Sandy Hook Elementary, took place."

Folks like Varg are not the type to be discouraged by temporary setbacks such as a change of venue, so it remains to be seen what form his cultural angst will take next, but at least for the time being YouTube has pulled the plug on him and 250,000 subscribers.