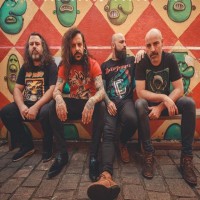 Comments the band: "Times are tough and strange, and we decided within the band to give our contribution to whom most need more than ourselves, so we decided to donate this song for Hardcore Help Foundation alongside our label Lifeforce Records, its an brand new unreleased song, post the album Eterno Rancor from 2019."