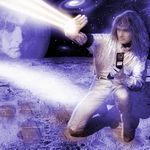 Arjen Lucassen is back with a new Star One album, titled Revel In Time. The new offering comes more than 10 years since the previous release and is due out on Feb. 18th, 2022 through Inside Out Music. For this release, Arjen has decided to include a different singer for each song, and those singers as well as the instrumentalists are slowly being revealed on his Facebook page.

Arjen explains the decision to return with a new Star One album: "Ayreon is like the mothership for all my music. It contains all the different musical styles that I like to listen to and that I love to create. But I’m always looking for challenges and trying to create something new and original as well. Working within a set of constraints forces you to do that, so sometimes I like to limit myself and focus on just one style. For example, with Star One I focus on the metal-side of Ayreon. That means you won’t hear the exuberantly liberal use of acoustic instruments that are so often featured on Ayreon albums, like violin, woodwinds, cello, horns, dulcimer, mandolin, etc."

The artwork was designed by Ayreon artist Jef Bertels, Arjen explains: "As always, Jef's painting is wondrously labyrinthine; I can sit in front of it for hours and discover new details all the time. Now you might be thinking "Hey, isn't Jef Bertels the designated artist for Ayreon, but not for Star One?" Of course I thought about that myself. But when I realized how much I liked this album I felt that it deserved a painting of its own and a special place alongside Jef’s other front-cover masterpieces. And anyway, I’ve been breaking rules ever since the very beginning of Ayreon. So… there you have it!"