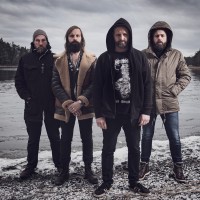 Following on from the April release of their acclaimed full length album, Lake Drinker, Sweden's Horndal have announced plans to release a new two-track single. Entitled Be Evil, it will land in stores on January 14th 2022 via Prosthetic Records.