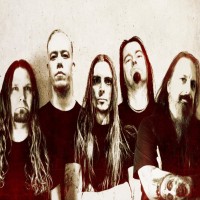 Onslaught guitarist Wayne Dorman recently announced on Facebook that he has commenced the songwriting process for the band's follow-up to last year's Generation Antichrist. This announcement follows up a report from last March, when guitarist Nige Rockett claimed that pre-production of their eighth studio album had begun, with an intended release date of 2022. Stay tuned for updates.