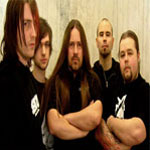 Swedish death thrashers Carnal Forge revealed that guitarist/founding member Jari Kuusisto has decided to leave the ranks. Jari was part of the band in years between 1997 and 2008 as well as between 2013 and 2022.

Statement from Jari Kuusisto: "Jari here. Just wanted to let you know that my time in CF has come to an end. I have many happy memories of my time in CF, but i have come to a point in my life where i just feel that i need to let CF go. I want to do other things and don't feel the same passion as earlier for being in the band. I wish CF all the best in future endeavours, what ever it might be. I also want to thank all CF fans for being super supportive throughout the years. See you in the future with other projects/bands."