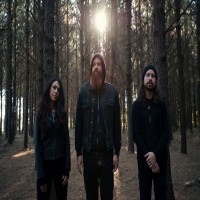 Maryland-based death metallers Yatra resume their savage assault ahead of the new album release. The new song, titled "Reign Of Terror", is taken from the band’s upcoming full length effort, Born Into Chaos, scheduled to be released on June 10th.


Speaking about the new song, guitarist/vocalist Dana Helmuth says: "Reign Of Terror" is about the inquisition, old and new. The witch hunt, metaphorically. The dark ages and the torture. The division it caused and how it relates to the current division and accusation in the forms of mental slavery and mind control. Free speech and thought, personal freedoms, as well as spiritual and cultural practices are rapidly now being censored and misinterpreted intentionally.

"More and more books are being banned or censored, discussion about controversial subjects leads to extreme false accusations. Abortion rights are being challenged, races are being separated again, as well as spiritual and cultural beliefs vilified. Historically these types of evil control have always been born and waged during, and after, great plagues and famines and wars."