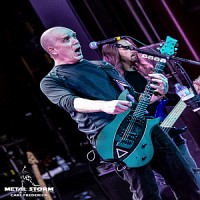 Remember live concerts and festivals? Ahhh, those were the days. Hopefully we all can enjoy watching bands on stage sooner rather than later, but until then let's check what happened during this year's 70000 Tons Of Metal cruise in early January. 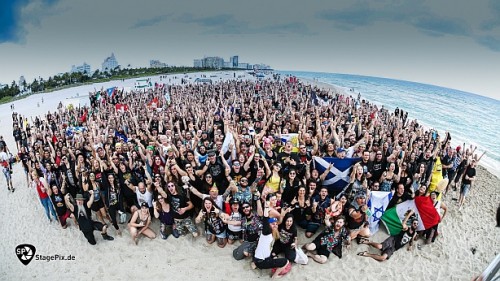 You know the drill by now, and here are some stats for the 2020 cruise:

This year, 71 countries were represented and the Top Ten Countries were: USA, Germany, Canada, Switzerland, Finland, Mexico, Sweden, Belgium, The Netherlands, and the United Kingdom.

Anyhoo, due to the NFL's Super Bowl shenanigans in Miami during the 'normal' time of sailing everything got pushed up to early January. In hindsight this was a smart move since hotels and flights during that time would have been outrageous. And I won't even comment on the amount of NFL fanatics which took over South Beach during the Super Bowl weekend. Don't get me wrong, I do enjoy watching football as well, but the huge crowds in Miami (as seen on TV) would have made dining, and most important finding a spot to sit down with friends and have a few drinks, almost impossible at any South Beach establishment.

Since the NFL play-offs were still going on, the Clevelander Hotel on South Beach could not be fully used as 'headquarters' in 2020 since the hotel is known for their sports related parties. But there was an evening roof-top party one day and karaoke the day before departure nevertheless. An off-site gig on Virginia Key Beach, a short distance from South Beach (Goatwhore was confirmed but pulled out before the event) was organized but since we didn't go, I can't comment on how it went. All of those pre-cruise events were and always have been organized by cruisers and I don't think this will change in the near future.

The last couple of years we actually mostly hung out at an Irish Sports Bar down the road from the Clevelander Hotel, and this year was no different. I have to say, Finnegan's Way was firmly in European hands this year; no matter what time of day or night, it was almost impossible to find an empty chair. It was great to hang with so many old friends and make new ones along the way.

The "main event" on South Beach has always been the huge Beach Party the day before embarkment. Same procedure as every year and it's great to party with everybody before heading up to Fort Lauderdale the next day. Check out the Official Beach Party video below:

So, there we were, in line to board The Independence Of The Seas and I have to say it went rather smoothly. In no time were we on board, greeted by the Pool Girls… and for the first time ever… the Pool Boys.

After years of 'bitching' by the female passengers, the organizers pulled out a last minute surprise and enlisted some dudes as well; nicely played Andy.

Since the huge Pool Deck Stage isn't available until Day Two of the cruise the other 3 venues were jam-packed during the first night. I remember all the bitching on social media before the cruise even started with comments such as "the line-up sucks this year" and "there will be so much time drinking and eating pizza" but I have to say that most, if not all the gigs on Day One were pretty much packed for any bands we saw. To be honest, out of the 62 bands playing on this year's 70000 Tons Of Metal cruise our pre-planning spreadsheet had 39 bands marked as YES, 9 MAYBE's and 14 as a firm NO. In other words, the line-up was just fine for us. 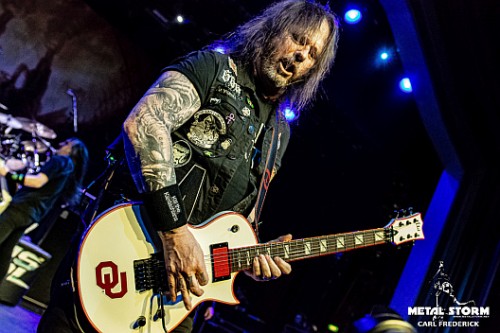 Exodus
Since the running order was available ahead of time we could pick and choose which bands to watch where and on what day as everyone is playing twice on the cruise. And Day One was not short of heavy hitters with Exodus, Devin Townsend, At The Gates, and Emperor all vying to entertain the masses. No clue why some people complained about the line-up but in fairness, most of us have seen the aforementioned bands plenty of times, but this didn't take away from the joy of seeing them again.

Novembers Doom in the small ass Star Lounge and Vio-lence, thankfully playing at Studio B, the second biggest indoor venue on the ship, opened the festivities for the 2020 edition of 70000 Tons Of Metal. And oh boy, Studio B was packed for the newly revitalized old-school thrashers from the Bay Area. Obviously sans Robb Flynn the guys around guitarist Phil Demmel appeared to have lost no step after reuniting sometime last year after Machine Head kinda imploded and Phil put the band back together.
Sean Killian on vocals absolutely killed it while Vio-lence played mostly songs off their first two (and arguably best) albums. From "I Profit" to "Officer Nice" and "Kill On Command" plus "Phobophobia" the band gave their all and were rewarded by the fans with mosh-pits and crowdsurfers galore. The band parted with the final words of: "You guys are sick - let's get the party started".

Awesome start to another great 70000 Tons Of Metal cruise.

Over to the Royal Theater we went for the World Premiere performance of ex-Savatage's Zak Stevens project Archon Angel. Not knowing what to expect but assuming it would be great due to well, Zak Stevens, I have to report the band sounded great out of the gates. Since their debut album Fallen wasn't even released yet nobody knew any of the songs played, but to make it interesting Savatage songs such as "Taunting Cobras", "Hall Of The Mountain King" and the oh so great "Edge Of Thorns" rounded out their set. Overall it was a good experience and hearing some old forgotten songs made it worthwhile. 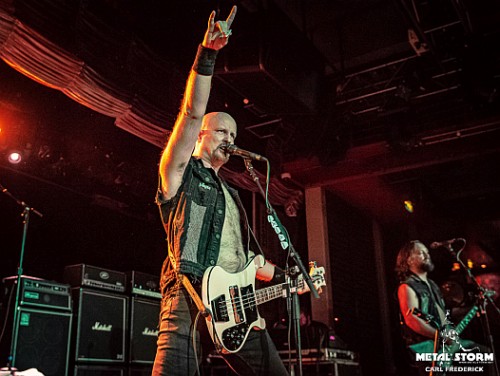 Einherjer
When we got back to Studio B it was once again pretty packed for Einherjer; no stranger to 70000 Tons Of Metal, but always great watching the Norwegians. Also no stranger to the cruise, the next band up in the Theater, Exodus. This time a sort of 'reunion' show with Gary Holt back in the live fold after Slayer called it quits. It was nice seeing Gary back on stage with Exodus for sure. Since this was their "best of" set, the entire Bonded By Blood album would be played during their second gig, the audience got a pretty good assortment of 'hell yes' songs to headbang, mosh and crowdsurf to. The band ended their set with the obvious "Toxic Waltz" and wall of death worthy "Scar Spangled Banner".

Back to the Star Lounge to catch some of Kampfar's set and it was packed to the gills so we decided to finally grab a bite to eat. The Pizza place also did Panini sandwiches this year which was way better than their pizza to be honest. I don't get why so many people eat there; get it, it's quick and easy, but so is the Buffett Restaurant or the Café Promenade a couple of steps away with small sandwiches. At least last year they offered a Vegetable Pizza (which was awesome) but no dice this year. And no, I am a meat eater, but their Pepperoni Pizza sucks.

We stuck our head into the Theater for Devin Townsend (planned on watching him on the Pool Deck) before heading back to the Star Lounge for Kissin' Dynamite; a band I was very excited to see live. And wow, for this that Devy was playing in the same time slot, the Lounge was packed for the Germans. Absolute Party in the Lounge - awesome! "I've Got The Fire" started the party and by the time they played "Sex Is War" everybody was out of their (limited) seats and security had to warn several to get their feet off the loungers and couches since people were trying to stand taller to see the band playing on this low stage. 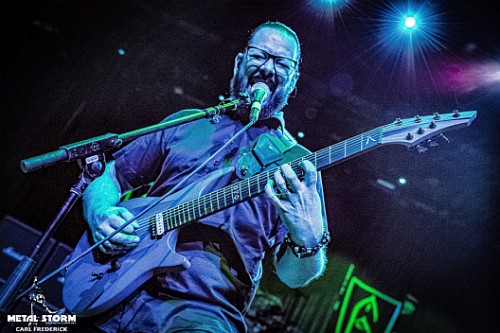 Well, haters and trolls, for this that they played against one of the 'heavy hitters' of the boat, they really showed that they can hold their own. "You're Not Alone", "I Will Be King", so many awesome songs and we were looking forward to their second show for sure.

Another great Party gig, also in the Lounge, was by fellow Germans Axxis. With this being their second time on the cruise I have no clue why they played the smallest venue since they are also a high energy, party metal band. But oh well, those who were present had a great time nevertheless. I don't think I have ever seen an Axxis show without them playing "Touch The Rainbow", once again with audience onstage participation, it's a staple in their set list and rightfully so. "Kingdom Of The Night" - exit stage left - all are happy… and Emperor is meanwhile playing in the Theater. Yap, we missed their first show because we had way too much fun watching Axxis. Does that make me a 'bad' metalhead?

We watched a bit of Moonsorrow and planned on also seeing the first Wilderun show (since their second one was scheduled in the small lounge) but we decided to call it a night after having (probably way too many) drinks with some friends. As we headed to our room, the line for merch was already forming on the Promenade deck. Yap, same procedure as every year for the merchline.

My Top Three bands on Day One were: Kissin' Dynamite, Vio-lence and Einherjer

Make sure you check out the awesome pictures by Carl, as well as the below Day One Recap video by 70000TONS.TV