Hej,
It's time for a short review of the Killer Fest, a festival that took place in Chaulnes last week end.

The day started with Insekt, a local band with no less than 3 singers, one mostly growling, the two others singing mostly the hardcore way, with some rap and grunts as well. The music was also mostly hardcore/deathcore. I didn't like it, but it wasn't too bad.

The second band was also a local band: Altered Beast. The band plays some kind of heavy metal with some evil singing, provided by a guy who also sings in another local band called Dealgood.

Then followed a lot of death metal bands, all very brutal.

Vakarm: Good brutal death local band, although missing leads and solos. One of the guitarists had a nice flashy yellow BC Rich Warlock.

Ashura: Probably the local band I enjoyed the most. They also play kinda brutal death, but with more leads and solos than the band before.

Drowing: Another brutal death band, from Paris. Another good death metal show, but a bit boring if you consider it's the third band playing the same kind of music.

Destinity: French band from Lyon. I heard they used to play symphonic black metal, but it is in fact another death metal band. Some samples and a bit darker touch I'd say, compared to the others.

Cataract: Well after 4 brutal death metal bands, Cataract appeared extremely boring and repetitive to me. Though, the audience enjoyed it much and everyone started to really become wild from their show. They had a big technical problem during the show, but that didn't last very long.

Carnival in Coal: A local band but with a 10 year background already. Most of the people coming from Amiens (main town of my good old Picardy) was there for them, as it was there first ever time on stage. They are only two in the band, so they recruited musicians from other bands for the occasion. The singer was much emotional about it, repeating all the time he didn't know why he waited so long to get on stage.
Well if you don't know their music, it is a mix between "all sorts of music" with brutal death metal. First keyboard of the day by the way!
Not something I enjoy much, but that was good to have some variety in the set at least. Everyone else seemed to love them a lot: I was surprised when the singer gave his microphone to someone in the crowd, the guy knew the lyrics (good or not, it is death metal grunts afterall, but he had the right "melody").

Dismember: Well back to traditional death metal. No need to talk a lot about their music as it's a very famous band. They did a very good show. They seem to be really nice people, not disturbed by the many guys being on stage for some headbanging before diving into the crowd, even playing with them. The singer described one song as a "tribute to the best band in the world, Iron Maiden", but according to me and the people I asked, it wasn't a cover. Maybe some people who know the band well enough can help me on that. Anyway, it had a typical nice heavy metal solo duet.

About the sound: Well, it was way too loud all day long. Even using wax in my hears, I could hear it very well and loud. The sound-guy apparently didn't know how to reduce it or wanted everyone to become deaf. Instruments and voices weren't very good either. I hope they can find a better guy next time. Many people complained about it.

The night: Due to strong wind and rain, most of the tents, including mine, got water inside. Most of people had to sleep in their cars. Some even slept in the festival room. 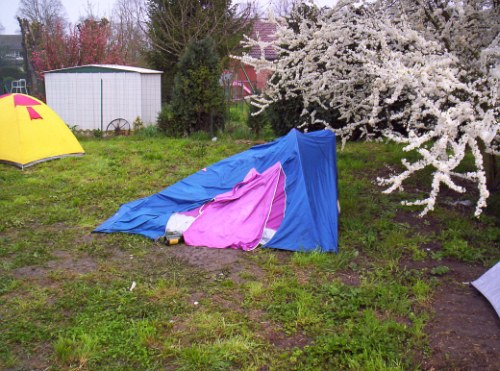 
On Sunday:
Everybody seems tired when Disgust started to play. They are coming from Lille (French city, in the North), and are another good death metal band. Entertaining but many people hadn't arrived yet, and the crowd was small. Too bad for them, I think they deserved better than this. 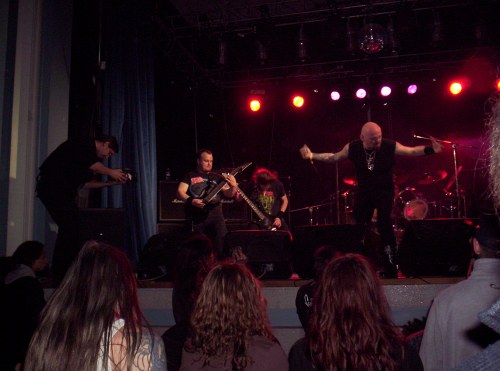 Stronghold: Another French band, playing some kind of deathcore. Well, the music is decent, but it seemed really weak to me compared to many other bands playing in that festival.
We had some funny exchanges between the crowd and the singer, though. I will try and transcribe some:
- "A poils!" (get naked!)
- "You first, I got balls, we will see if you've got some too" :/
He didn't hesitate to jump into the crowd, and to show his ass by the end.

Kragens: Big surprise, it is NOT death metal. The band plays heavy metal, with some more thrashy/brutal parts. The singer uses a clean voice, as well as a more evil one. François, a contestant from the first "Star Academy" (a French version of American Idol) sung as a guest on one song (actually, some said it was the singer of Benighted).
Well, I really enjoyed the show, and it was a nice break after so many extreme bands. They got a good feedback from the audience instead of slams.

Wormfood: Second keyboard on stage!
They play some kind of symphonic doom/death metal, with spoken parts and mostly grunts with rare black metallish screams (it seems all was in French). I'd say they have a concept about 17th century. The singer growled some text by Molière in a song. Hard to get into when you don't know them on CD I guess. 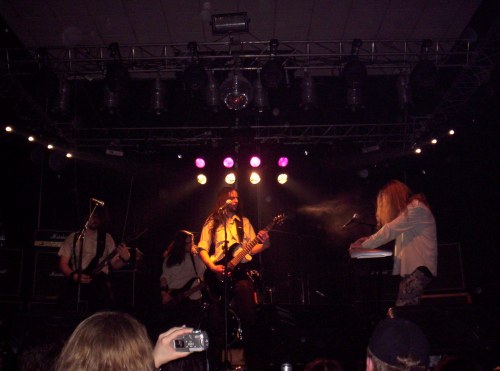 Whorecore: A band from Israel, playing hardcore and jumping/moving a lot on stage.
I decided it was time for a food break, so I didn't see more than 5 minutes of their show. Enough to notice it wasn't for me.

Leng tcheï: Well, Grindcore from Belgium. Drums at full speed all the time, typical screaming-pig-being-decapitated singing with no variation of any kind. They put great energy into it, even if it's not very interesting music-wise. The last song was a slow one from the upcoming album, and it sounded hardcore to me.
But despite that, the crowd went totally mad on their music.
The bass player made the effort to speak in French (with a Flemmish accent), but I didn't get anything he said.

Yyrkoon: They are internationaly famous now, but they are also from my good old Picardy! They also play death metal, which seems to be normal for our local bands, but with a thrashy touch that makes the difference. They had a lot of supporters in the crowd, and I regret they didn't become the second headliner when Dew Scented cancelled their show (because the drummer broke his arm). Very good show with lot of slamming in the crowd.

Deadsoil: Another hardcore/deathcore band. I just had another break, as my friends had their food break then. Replacing Dew Scented by the way.

Entombed: Last time I heard something by Entombed, it was a video on Viva. The music was more electro-rock than death metal, so I wasn't expecting a lot from them.
I was kinda wrong there, cause it was actually a very good show, which sounded very death metal, though it wasn't the kind of brutality we had throughout the week end.
Seems they had a new drummer, who had to learn the set in two days, and for that they played 2 songs a second time when they came back on stage for the traditional "we want more" (it sounded more like "Entombed!" from the crowd). 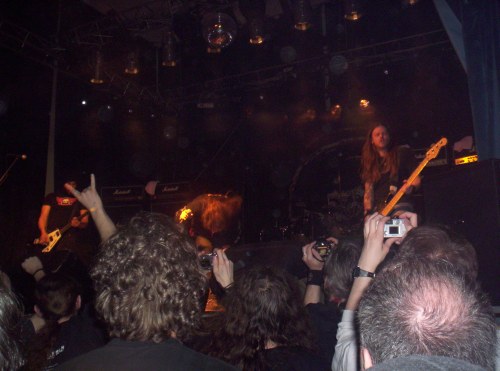 Well the Killer Fest is a small festival, but with a very nice atmosphere and good bands playing. Although it has to grow up a bit from now on, maybe find a bigger place, and improve the sound, with better technicians, and less volume. The audience was very active, slamming a lot, and without being badly aggressive. 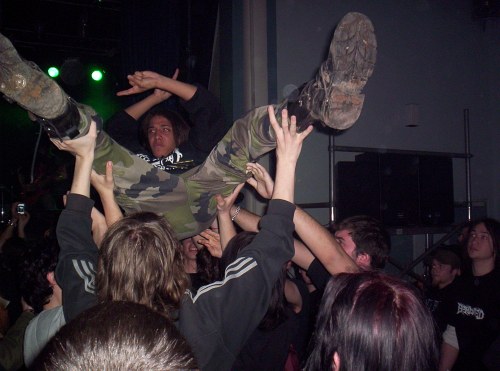 Well, had to shoot and get ready to catch him fast ^^

I can also say that the first day lacked variety, as we had only death and deathcore bands playing one after the other. Maybe the two days could have been more balanced, but that would also have been good to have one or two black metal or thrash metal bands to breathe a bit in the middle ot the death metal serie.
Maybe some of the least famous bands could have played one or two covers to add something to the show, especially on the first day (actually, it appears that the first band actually played some hardcore covers according to some other guy's report I've just read, but I didn't recognized them).
Finally, sorry about the quality of the pictures, but I got a cheap camera, so I hope they're enough to give you an idea about the atmosphere of KF.