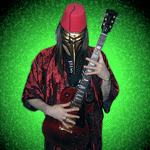 -Hello and thanks for sharing your time with us. For a start, could you please describe your band?

Er…I've tried a number of descriptions, such as "Chthonic hybrid musick" and "Avantgarde mooD musick". Maybe it all boils down to having elements from (doom) metal, folk, progressive rock, ambient and chaotic experimentation combined. I try to make music not restricted by genres or current conventions. Also, I'd like to think that Aarni isn't just functionless art…I've tried to include and encrypt elements in the music that free the listener's mind. These I've done according to various psychological/esoteric theories.

-By listening to Bathos and comparing it to your older demos, I feel like Bathos is better produced and I feel like the sound is improved. I also feel like your atmosphere has become a little bit more mellow and easier to listen to somehow. Do you have any comments on that?

Yes, I agree with you. The production should be improved, because I've updated my recording equipment and instruments and used real drums. Still, the sound could be even better. The next album will hopefully take care of that. 'Bathos' seems more mellow than the earlier Aarni material…perhaps because I began to practice consciousness expansion techniques during the songwriting/recording process. To me Aarni is an immediate continuation of my psyche, so any changes I undergo, the band undergoes also.
Still, I've begun to work on the second album and currently it appears to be a return to the older style. Meaning heavy and slow stuff, with added Cthulhoid and progressive/psychedelic content.

-How would you describe Bathos yourself?

Mellow and unhurried songs, meant to have a meditative effect on the listener…see the first answer. Usually I try not to listen to ANY music when I'm working on my own material, but this time I listened somewhat to bands like Camel and Opeth. I don't know if you can hear their influence on 'Bathos', I hope not…anyway, I guess 'Bathos' isn't easy listening material in a sense. Nearly all the songs have a certain theme/philosophy attached to them.
Also the album is intentionally a mixed bag, having high variations in style between the songs. I didn't want the album to sound boring and too uniform. 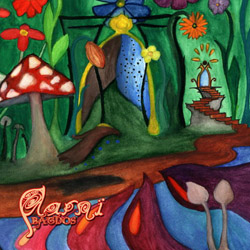 - Which are the best songs you have recorded so far in your opinion?

A good question…my personal favourites at the moment are perhaps "Kesäyö", "Kivijumala", "Reaching Azathoth" and "Quinotaurus". Still, I almost never listen to my released material - I prefer to constantly focus on writing new and "better" music.

- If I'm not wrong, Aarni consists of only 1 member, which is you, but with 4 different personalities. Could you explain this a little?

The number of Aarni is five and five is the number of Aarni. Think a while about this and you will see…because Aarni consists of four personalities plus me. Why four? Because I've chosen to adhere to the (Jungian) concept of quaternity - four personality types, four seasons, four equinoxes, four elements, four stations of the sun, four stages of the human life, four cardinal directions, four Qabbalistic worlds, four limbs of the human body, four main themes in Aarni's songs, four basic human brain circuits of Timothy Leary's theory etc. Visualize the pentagram representing human existence: there's four points combined in/ruled by the fifth. It's all of course symbolic. Or is it?

-Is there anything special you try to achieve with your music?

I guess it depends on your definition of "special". I write the music mainly for myself, as an attempt at therapy and/or finding my "True Will". If others like the stuff or benefit from it in some way, that's good too…and see the first answer. There may be some "triggers" hidden in the music…you'll have to find out that for yourself. 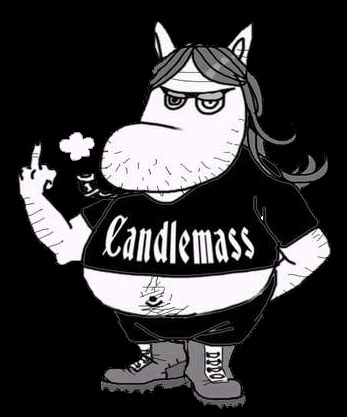 
- Have you ever played any gig so far? Will Aarni ever play live?

Despite requests I haven't played any gigs so far…it would be pretty difficult with some songs - but not impossible, I guess. I'd have to gather a suitable line-up of musicians. But I've got no plans for playing live for the foreseeable future.

-In my opinion, Aarni is a very original and experimental band and I think that originality is something lacking in most new bands nowadays. Which bands do you consider to be the most original bands nowadays?

I'm not really up-to-date with the current music scene, but for me some bands I consider original are King Crimson, Maudlin Of The Well (they changed their name apparently?), maybe even Opeth and Tool. I don't know…as you said, unoriginality seems to be the norm these days.

-By judging your music, I assume you must also be very interested in non-metal music. Which are your favourite non-metal bands?

Well, I've listened to "metal" mainly since the early 80's, but for instance folk music has always been an influence for me. I also like most (but not all) stuff from bands like Camel, Hawkwind, Ozric Tentacles, Piirpauke, King Crimson and even Clannad. 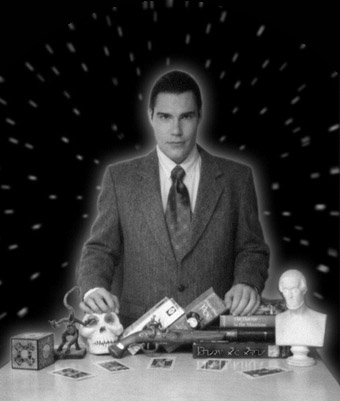 -What is your opinion about religion? Do you believe in anything yourself?

I try very hard not to have any religious beliefs…as a wise man once said "Religion is believing in things you know ain't so." I think that religion is a very sad form of fooling yourself and others. Currently I choose to adhere to the theory that single nervous systems, also called human individuals, are by nature incapable of receiving any kind of "accurate" information about existence - so all we have is beliefs, interpretations, feelings and hunches. All religions, ideologies, world-views and science seem just heaps of subjective beliefs, but sadly some (most?) people take them as Absolute Universal Truths. There appears to be no such thing as "objectivity" or "truth", or if there is, we humans in our current state cannot know them. Which might in itself be a positive thing…

I loathe politics after studying it at the university…common sense and studies both indicate that politicians are subhuman beings. Most seem to have psychopathic personalities - after all, isn't there something wrong with a person who wants to rule other people? It seems to be all about inflating their egos and gathering personal power, while claiming the opposite in public. The worst ones even lie to themselves, not merely to others. It's all lies, propaganda and brain-washing.
I'd like to say that Aarni is anti-authority, anti-religion, anti-state, anti-ideology and anti-anti.
Despite having said all that, there might be a hidden "political" message somewhere on Bathos

-When you answer to interviews, which kind of questions do you mostly like to answer? Are there any special questions that really annoy you?

Hard to say, but I tend to like "unusual" questions as well as humouristic and personal ones. I guess it's a little annoying if you can immediately see from the questions that the interviewer doesn't know anything about your band/music or the questions seem very schematic and generic.

-Thank you so much for your time and for answering all these questions. Anything you want to add?

Thanks yourself! I'll just add that Aarni is better than it sounds…and open mind before listening!