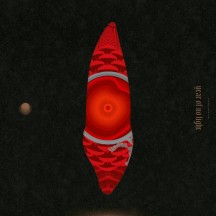 
The post-metal summer of 2021 just keeps on giving.

It's been a pretty eventful fortnight for the sub-genre; after Bossk and Amenra released new albums, a third consecutive weekend was graced with an album by a significant force within the scene, with France's Year Of No Light putting out their first full-length in 8 years. Consolamentum comes in the 20th year since the band was formed, and they've used this anniversary to remind the world why their name carries weight.

I must confess that I'm not as familiar with Year Of No Light's relatively small discography (Consolamentum is album four or five, depending on how you classify Vampyr) as I perhaps should be, with my main knowledge of them coming from their second album, Ausserwelt. In a scene where many bands straddle the line between post-metal and heavy post-rock, Ausserwelt exhibited a lot of characteristics that would place it in the latter category (from the all-instrumental approach to the extensive use of euphoric guitar tremolos), but combined it with a huge metallic weight in its heaviest moments. On Consolamentum, Year Of No Light remain an instrumental sextet, comprised of two drummers and three guitars, so the density of their heaviness remains undiminished, whilst the post-rock in their sound is still very much there, although it perhaps feels slightly muted this time around.

That may not seem so straight away, as the album's introduction temporarily explores ambient post-rock soundscapes, but it's not long before dim, thick, sludgy guitars make their presence felt. From that point on, Year Of No Light do what they do best, namely crafting slow, doomy, somewhat repetitive tracks drenched in gloomy yet slightly serene atmosphere, some of which is carried by those post-rock-style guitar lines. One element that feels a bit more prominent here in comparison to Ausserwelt, however, is the use of synths. It's not got a leading role on opening track "Objurgation", nor the rest of the album (with one exception), but they add something of a dystopian sci-fi tone to the portion of this song in which they feature. A more striking sequence in "Objurgation" is the emphatic build about two-thirds into the song, with a gripping guitar lead repeating whilst those two drummers pound away on the toms. The closing minutes of this first song allow Year Of No Light to highlight what having two drummers can bring to the fold, with the song engulfing listeners in a storm of sound.

"Alètheia" was the advance single from the album, and is the only track here under 10 minutes. It's also arguably the lightest track here tonally, the one that's most heavily rooted in post-rock: the array of different clean guitar arrangements interweaving, the atmospheric percussion, the shimmering aura that the background synths provide. Even as it ratchets up the volume and tempo (and the song is speeding along by the time it's about to finish), it never quite plunges into metal. In contrast, "Interdit Aux Vivants, Aux Morts Et Aux Chiens" starts off in a glacial sludgy doom trudge; however, like "Alètheia", it builds the layers and the pace over time, similarly concluding with a powering march of intricate yet suffocating layers.

"Réalgar" is a major highlight of Consolamentum; the expected combination of textured instrumental arrangements, entrancing repetition and gradual evolution works wonderfully, carrying listeners through immense soundscapes, and the track is elevated even further by some subtle yet gripping hooks, much in the same manner as "Hiérophante" on Ausserwelt. "Réalgar" shows off the band's signature combination of sludge, doom, drone, post-rock and shoegaze inside a post-metal framework in all its glory; "Came" is actually something of a departure from this signature. This was the track I hinted at earlier when discussing the synths; the song is drenched with these loud, dramatic keyboards that provide an almost horror movie feel to the ponderous crawl of this song, with the outcome running quite close to fellow Frenchmen Monolithe. It's a dramatic shift from the rest of the album, but it's quite enthralling, particularly as it slowly evolves until it eventually explodes into blasting, chaotic noise. An unexpected but emphatic conclusion to the record, "Came" really finishes off Consolamentum in style.

It's been a long time coming, but Consolamentum makes it clear why a new Year Of No Light album was worth the wait. Both a consolidation of the elements that built their reputation and an exploration of new ideas courtesy of "Came", it's a really strong return from the band and an excellent addition to this nice little streak of post-metal releases that we're currently getting.

Written on 06.07.2021 by
musclassia
Hey chief let's talk why not
More reviews by musclassia ››