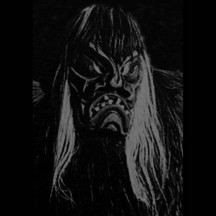 
If you thought that Paysage d'Hiver couldn't possibly come up with something different after last year's two-hour odyssey that was Im Wald, you wouldn't be completely wrong. Just not in the way you'd expect.

I've been entranced by the frostbitten spells of this project since the release of Das Tor. The 7 years between that demo and Im Wald provided plenty of time to discover the core elements which all fans associate the project with; ambient black metal songs of epic lengths with violent riffs and blastbeats, along with high-pitched screams, synths, and yearning melodies partially lost in the blizzard of an extremely lo-fi production. The ambitious (some would say overtly so) Im Wald managed to cover all these aspects. The double album almost gave me a fatigue of sorts. I enjoyed it thoroughly but it can be too much of a good thing.

The newest record, Geister, tilts the scales and takes a very definitive and focused path in terms of sound and songwriting. You only need to take a look at the track listing to notice the difference. Never has the project released so many (relatively) short songs like this before. The songwriting and production choices shake things up and challenge what I came to expect from Paysage d'Hiver. This is without a doubt the cleanest production the project ever had. It works nicely with the songwriting and overall structure of the album as the songs focus largely on the riffs and drums. The sound is crunchy and clean enough that you can clearly appreciate the thundering bass that provides the backbone to the catchiest, and dare I say grooviest, riffs founder Wintherr has written is a long time. I was taken aback with how headbangable Geister is. The music at times channels some nice old-Darkthrone vibes with punchy riffs and furious drumming. The synths take a big step back, never truly taking the spotlight, to leave room for the riffs to flourish amidst the storm of hazy winds. This gives the album an old-school style that is oddly refreshing, considering how different it is from the rest of the discography.

While not a double album, Geister remains massive at 70 minutes. And this is where things get interesting. Not only are the track lengths unusual, so are the structures and progressions. The sound of the wind is followed by a distant and desperate howl. Then an explosive riff takes hold and the drumming gets more and more intense until the synths take over. Everything reaches a climax before it all ends abruptly, leaving the solitary wind chimes as the only witnesses to the storm. That's pretty much the formula for all the songs on Geister except for the ambient, tribal-like, closing track. The riffs, melodies, and drum patterns are different but the structure is pretty much the same throughout the album. At first I was confused but the more I listen to this album the more intriguing it gets. It makes sense in a way. There isn't a big wintery vibe from this album like with all the previous ones. By taking a look at the artwork (and album title) provided, it is obvious that Wintherr wanted to put emphasis on the ghostly folklore of Tschäggättä, from the Swiss valley of Lötschental (google it for fascinating pictures!). Under that light, the tracks follow each other as similar but still very distinct ancient rituals.

Whether this approach to songwriting works or not is entirely a matter of tastes. I felt very conflicted at first until I started to question my own critiques: Should this album have fewer but longer tracks? Then it would be like the previous works and stripped off its identity. Should the album have interludes to space out the onslaught of riffs? Not really. Every song has a breather in the form of intros and outros anyway. In any case, Geister reminds us why Paysage d'Hiver remains one of the heavy hitters of ambient black metal. Wintherr sets a firm foot on the strengths that made the project what it is today, while also being able to detour from most expectations and write a completely new chapter.