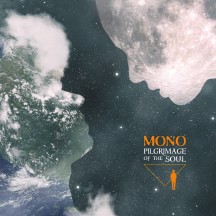 
Most of those familiar with Mono’s catalogue won’t find many new elements on Pilgrimage Of The Soul. But the way these post-rockers presents their ideas and gorgeously build up their music is always worth paying close attention to, as their sound is truly their own.

Mono has been my favorite post-rock band ever since I discovered them in the late 2000s through You Are There. Alongside the album that came before and the one after it, Mono formed a trilogy of what I consider some of the richest music in the genre. These albums were also instrumental in developing the band’s orchestral sound they currently have. A sound that is so moving and encompassing that calling it “cinematographic” is selling it short.

That was over a decade ago and yet Mono continues to deliver with vivid landscapes that manifest through either soothing, tear-inducing symphonies or with imposing walls of riffs, pounding drums and feedback that shake the very core of one’s heart. Nothing seems to slow them down, not even the departure of founding member, Yasunori Takada, at the end of 2017. The “new” drummer, Dahm Majuri Cipolla, already proved he was a perfect replacement on their previous album Nowhere Now Here. This becomes even clearer once the unexpectedly heavy and foreboding opener “Riptide” kicks in. The powerful riffs, in conjunction with the aggressive drumming, are proof that Mono can still take your breath away with the raw power of their “basic” instruments. I personally would have loved more of this aggression throughout the album simply because they always do it so well. On the other hand, “Imperfect Things” shows the band’s ambition to develop their sound by using electronic elements that add a great deal of catchiness to their style and breaks the mold a bit with repetitive grooves. “Heaven In A Wild Flower” changes the pace once again through landscapes that are closer to ambient, neo-classical and even drone music.

I put focus on the first three tracks because the rest of the songs on Pilgrimage Of The Soul explore either one or two of the formulas previously described. These formulas show themselves through other highlights in the second half of the album. There is the sincere and pure beauty of “Innocence” and its strings section, the hypnotic drumming on “The Auguries” and its moody progression, and finally the larger-than-life crescendo of “Hold Infinity In The Palm Of Your Hand”. Overall, I’d say Pilgrimage Of The Soul is one of the more balanced and mood-changing albums Mono has released in a while. With other bands this could mean that they are spreading their sound palette a bit too thin for their own good. But that’s not cause for concern here. For a band with over two decades of trajectory and clearly one of the heavy-hitters in post-rock, I think flexing your wide arrange of sounds and moods is more than enough to keep the listeners intrigued and satisfied.

See a world and all its beautiful, imperfect things in an hour.