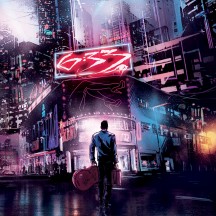 
Hey kids, do you like your music to be wacky?

Avant-garde is such a strange term, isn't it? Forward-thinking! Outside the box! Hasn't been done before! Well, a lot of music has been made in the past century, and a lot of things were ahead of their time, and some of that experimental music was tagged "avant-garde". Now, if you go and make music just like that, that sounds like avant-garde music of the past, is it still avant-garde? Can people be forward-thinking in the exact same way decades apart? Or perhaps we've come to throw the "avant-garde" term to bands that sound experimental and wacky in a certain familiar way. I mean, I think you get my point. 6:33 aren't avant-garde. But they sound like a lot of bands we call avant-garde. It's not their fault that that's somehow the most fitting label. They're just making music with clear influences. They're not reinventing the wheel and they know it.

And, in their defense, not a lot of music sounds like this. But the music that does, it usually comes across as a clear influence. Mike Patton's Mr. Bungle and Faith No More are probably the most obvious, to the point that, if I dissociate enough and forget what I'm listening to, I might assume I'm listening to some Patton project. But there's also a bit more of a metal side of that sound, with Diablo Swing Orchestra and Arcturus all having a smaller share of 6:33's sound. But I also have a bit of an issue calling 6:33 as metal, whether that's avant-garde or not, because they sound a lot like a very wacky and somewhat heavy alternative rock band, where stuff like funk, swing, brass, circus waltz and the like can have just as big of a presence as metal.

And when I said that I could almost think I'm listening to a Mike Patton project, that's not just 6:33 wearing their influences on their sleeves, but also an indication of their quality. Sure, some moments might come off as obnoxious, but so did a couple of Patton moments, and my impression of The Dome was better than some of Patton's stuff. The music is wacky, but not always excessively so, has a good grasp of genre changes, memorability, and vocal harmonies. 6:33 also replaced their usual drum programming with an actual drummer, so the feeling of the music, as wacky and genre-bending as it can get, is actually more organic than on stuff like Deadly Scenes.

Fun concept. Fun band. Out of all the Patton albums not done by the man himself, this is among the most worthwhile.

Written on 19.10.2021 by
RaduP
Doesn't matter that much to me if you agree with me, as long as you checked the album out.
More reviews by RaduP ››