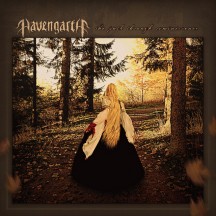 
You may not remember Eemil Chen’s previous project, Pave The Path, but a little meander down the path through reminiscence may jog your memory (and leave you bloodied and lifeless in the snow).

Way back in 2016, we found this little gem, an EP called Order Of The Saviour from a band by the name of Pave The Path – at one time out of China, at some point in Canada, eventually in Finland. 2016, you may recall, was the year of the most heavily stacked Melodeath category in the history of the Metal Storm Awards; it’s no wonder that Pave The Path didn’t draw much attention in the year that Insomnium seized the gold with Winter’s Gate, Be’lakor took silver with Vessels, Dark Tranquillity pulled bronze with Atoma, and albums from Amon Amarth, Allegaeon, Omnium Gatherum, Whispered, and In Mourning crowded out all less established artists. But we still nominated this little bedroom project in spite of all that competition, and you have to think that there was some reason we felt it appropriate to put them on the same stage even without a full-length release.

That reason finds itself given fuller, grander form on The Path Through Reminiscence, the full-length debut of the band that succeeds Pave The Path as the vehicle for frontman Eemil Chen’s vicious melodeath odysseys. And what incredible weight Havengarth gives to Chen’s ideas: like that of its predecessor, Havengarth’s style is very Finnish in the usual sense. Thick, doomy chords trudge along underneath tapped licks, dreamy keys, and the occasional violin, building up a vast, mountainous atmosphere that stretches for miles but hits like a freight train. The melancholy guitar leads, dolorous synthesizer cushions, and stormy, reverberating growls will be a familiar formula to anyone who’s heard of the bands listed above (though think mostly in the vein of Insomnium, a clear favorite of Chen’s). Viewed only as an emulator of an established sound, Havengarth makes an impressive debut – but there’s more to The Path Through Reminiscence than well-crafted melodeath worship.

What made Pave The Path stand out then and what makes Havengarth stand out now is the sheer energy that propels every track. Not only is the band’s sound spacious, melodious, and bursting with flavor, it’s crushing. Havengarth catapults its richly textured with the force of a sludgy hardcore band, almost preparing to stray outside the paths of melodic death metal and devolve into an angrier, more aggressive form of noise. Chen does use the deep, low rumbles and mid-range growls most commonly associated with melodeath, but he ranges higher quite frequently to better suit the amount of venom he squeezes into each utterance. The keys can become so hyperactive that they feel more like electronic music than simple wintry atmosphere, and when you get into the high-impact chugging, pinch harmonics, and up-tempo twang, the songs hit more like Chthonic’s all-styles mélange, or something closer to groovy deathcore than melodeath. That’s not to suggest that the band ever loses its firm grounding in this very Finnish feeling, however – just because there’s some extra oomph in the production doesn’t mean the luscious sounds of nature vanish. If anything, despite having such a modern style of heaviness abnormal for melodeath, The Path Through Reminiscence is also quite sophisticated in terms of composition; you’ll hear some of the delicate landscape artistry that Wintersun mastered on Time I, with “Through The Autumn Wind” particularly similar to “The Land Of Snow And Sorrow.”

I can’t help but compare this album to another 2021 debut from a project that relocated to Finland to play melodeath with the blessings of Ukko: Ulthima’s Symphony Of The Night, which struck me as competent, professional… but ever so derivative and repetitive. Havengarth may be just as indebted to a recognizable set of forbears, but the sheer hunger that this album exudes throughout takes it to a whole different level of ferocity and vitality. This year, we once again have new releases from Insomnium, Be’lakor, Omnium Gatherum, and In Mourning, not to mention another long-awaited showing from Carcass, a great debut from Iotunn, the completion of a triple crown from Duskmourn, and plenty others – it has been a great year for melodic death metal. But this time, Eemil Chen is ready to fight for his place among the titans, and you’d be doing yourself a disservice to let 2021 close without exploring the year’s best debut in the style.