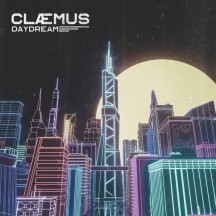 
Daydream is just as majestic as I like all my daydreams to be.

Clæmus are a new name to me, although perhaps not to some people; Daydream is their debut full-length record, but they dropped a self-titled EP back in 2016, and our database has the band existing right back in 2011. An album seemingly a decade in the making, if that’s true, it’s presumably been a challenging road that this New Zealand prog outfit have faced in order to bring this full-length to fruition (one that has been littered with a litany of standalone singles that do not feature on Daydream), but thankfully their endeavours have paid off nicely.

Clæmus are a melodic progressive metal band, and one of a decreasing number that use solely clean lead vocals (there’s a small handful of background growls that pop up). However, they’re one inclined to more modern prog styles from the last decade or so; instead of Dream Theater or Symphony X worship, Clæmus take more from the djent scene and bands such as Karnivool. By fusing semi-regular use of polyrhythmic djenty riffs with cleaner, melodic soundscapes and incorporating more alternative and ‘ambient’ prog sections, the outcome is a sound that is hefty but also delicate and, without being trite, dreamy as the band traverse through these wide-ranging songs, which fit quite a few different ideas into relatively compact tracks.

As someone who, more than any of the reviewers for this site, is big on the whole djent sound, I do enjoy the more weighty and technical riffing featured on Daydream, but it’s actually the other styles found on this album that I find myself more drawn towards. “Aspire” features a few gnarly riffs, but it’s when it transitions into an atmospheric build-up and explodes with some loud, brash guitar leads towards the end that I find myself really taken by it. A similarly exciting keyboard lead lights up the chorus of “Recovery”, which is another song that shines brightest for me in its quiet, contemplative stretches; I get some Applause Of A Distant Crowd-era Vola vibes on this song, which work very nicely.

My personal favourite picks on the record, however, are the ones that veer close to their prog alumni from across the Tasman Sea in Karnivool; the softer opening and ending of “Kinesis” would fit nicely on Sound Awake, whilst the simply stellar closing song “Daydream”, a highly impassioned song featuring some emphatic guitar leads, is reminiscent of “Deadman” from Sound Awake in more than one moment. Since Karnivool are taking their sweet time to come up with anything else, I’m more than happy to hear music in a similar vein to Sound Awake, particularly when it’s composed as well as these songs are.

This comparison to Karnivool does highlight one slight area for improvement for Clæmus; I generally enjoy Taylor Hemson’s vocals, but I don’t know if it’s just down to production or something else, but they do lack some weight at times on this album, which does dull the impact of those sections compared with what an Ian Kenny might have provided. I don’t think it’s a huge area of concern, but it was the aspect of Daydream that I was most frequently noticing in a more negative light. Still, his performance is solid on the whole, as is that of the whole band.

Clæmus may also want to evaluate how best to incorporate those djent moments alongside the rest of the instrumentation going forward as well, as it was usually other sections that I found myself enjoying the most; however, it’s also nice to hear those sounds placed outside of a x-core context, with this record slipping in alongside Cyderian Son’s Necropolis and Karmanjakah’s A Book About Itself in showing how those techniques can be applied in a lighter and more melodic context. Overall, Daydream is a very enjoyable album with plenty of replay value and a number of real highlight moments, with the title track closing the record out in style.

Written on 15.12.2021 by
musclassia
Hey chief let's talk why not
More reviews by musclassia ››