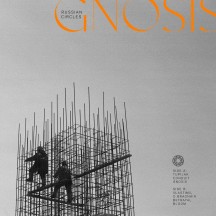 
Is it a coincidence that Russian Circles are getting this thunderous just as Botch are sort of back?

Even with all the irony of me, who has missed the band’s Roadburn performance in what would have been my first time seeing them live because it was clashing with The Bug (and not regretting it one bit), being the one actually reviewing this, I have to say that Russian Circles have been among my favorites if not my favorite of these post-metal bands originating in heavy post-rock. Getting into bands like them and Pelican and Red Sparowes, who approach post-metal less from a very atmospheric sludge/post-hardcore direction and more from a more metal take on the third wave of post-rock, back when I first got into post-rock as a whole. Though the post-rock bands that have remained my favorites were in different waves and sounds, it was Russian Circles that still had the most listening time from me among this sound. Hell, I even interviewed them.

But first, let’s talk about how we got here. Russian Circles are pretty consistent in their sound from album to album, which makes singling this one out a bit difficult. But even then, there’s a bit of a trajectory to be traced. You have the certified classic albums, then you have that album where they had a song with vocals (courtesy of a Chelsea Wolfe feature), then Guidance was the more studio-oriented album that ironically they toured most extensively for, and then Blood Year was the more live-oriented one whose tour was spoiled by the pandemic. Live shows have been happening already for some time, but what this trajectory tells us about the music of Gnosis is that it’s music that is yearning to live. Hence why it’s so lively and explosive.

And because of Russian Circles consistency, both stylistically and quality-wise, I won’t try to compare this one too much with their previous. Just know that if you liked those, you’ll like Gnosis. What’s most instantly striking about Gnosis and Russian Circles’ music in general is how dynamic it is. I know I use that word a lot in my reviews, but here I mean that they have a mastery over flow that makes the music feel constantly on the move without necessarily relying much on elongated sections and the crescendo-core that post-rock became known for. More punch than ambiance. And for instrumental music to manage to have that kind of punch in the way that vocal-led music usually delivers is quite a testament to their ability.

But even without necessarily being focused on, there’s some that is created just due to the soundscape used, including some transitional sections, a very striking interlude, an increased synth usage, and also a very crispy production. I’m not entirely sold on the production, but what I will give it credit for is that it does bring out Gnosis’ thunderous quality in both its bass and guitar riffing. Not to mention that “Vlastimil” completely negates my heavy post-rock / atmospheric sludge dichotomy in post-metal theory with how filthy the sludge in that song is.

Written on 26.08.2022 by
RaduP
Doesn't matter that much to me if you agree with me, as long as you checked the album out.
More reviews by RaduP ››