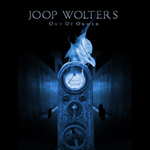 
Joop Wolters from the land of windmills and clogs seems to have a lot going for him at the moment; his popularity is rising and is gaining a reputation as a talented individual and someone to watch out for. This will be his third full length studio release with this, his solo band, and this really is a solo band as Joop does all of the composition, arrangements and production as well as playing the guitar, bass, some keyboards and programs the drums. This album is in its entirety an instrumental album as well, we have no vocals at all but he is more then capable of letting his guitar do all the talking instead.

This album comprises of sixteen songs, all varying in lengths and style. There are two very easy ways to describe this album, it is vastly diverse and is also some of the most tasteful music I have heard. This is falling under the category of "progressive metal" when there is really a mix of plenty of things normally outside of metal in here as well. We do have progressive metal elements here of course but we also have bucket loads of jazzy, groovy, funky elements that entwine themselves with the music. No two tracks on the album are the same "Heartline" for example is heavier whereas "Cardiac" is more experimental and more of a fusion of different styles, this sound is very similar to the music of the Norwegian band Ark. The album is so varied we even have a very Spanish sounding track "Harmonic Spheres". The intricate guitar and bass are the main focus of this album and the production makes sure you can hear them both very clearly, guitar especially.

Although this music constantly changes and is inspiring and relatively entertaining throughout, the lack of vocals does perhaps leave a little bit of a gap in the music and with the album lasting over an hour, as by the time you get into the last few tracks, the sound of the guitar and bass gets a little too familiar and so maybe if the album was a little shorter and more compact, this might keep the sound of everything a bit more fresh towards the end. This is not so much of a problem though, the album is all a very high quality of technical excellence and I am sure that the decision to record an instrumental album is mostly to do with the focus of the listener being on the talents of our host for the entire album, Mr Joop Wolters.

Of course I recommend this album to anyone interested in progressive music and people that like to hear all these different elements of the musical spectrum in their metal.