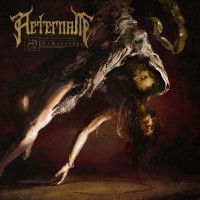 To the extent that Middle Eastern musical traditions have been embraced by metal bands as more than simple garnishment, they typically alight on black metal or progressive metal - and naturally the two extremes in between which Aeternam lands are Melechesh and Orphaned Land - but Aeternam has spent a decade bringing a unique assemblage of strings, keys, percussion, and clean vocals to melodic death metal. There are Nile-like passages of down-tempo riff-crushing and forceful growls, but also calmer sections of Amorphis-like folk-melodeath (though the folk in question is different, of course); the album's centerpiece is a fully acoustic track featuring guest vocals from Kobi Farhi of the aforementioned Orphaned Land. The entire album is doused in melody, thanks to the ever-active guitar leads, and Al Qassam serves as both a perfect introduction to new fans and a sign of Aeternam's continued refinement and vitality over the last decade. 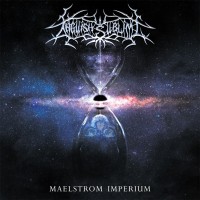 Anguish Sublime from Serbia are living proof that a fresh breeze may very well blow for several years until it becomes a stiff wind (Unveiling The Origin, 2014), then a storm (Thornwinged, 2014) and finally a sweeping hurricane. Their first full-length album proves that they are still a fresh breeze in melodic death metal even 22 years after their founding, because what Maelstrom Imperium blows straight into our faces is a very refreshing combination of the well-known characteristics of 1990s melodeath and the modern sound of the new millennium. Particularly noteworthy are the very variable vocals - from deep growls to epic clear singing and whispering to occasional spoken passages - and strong hooklines that will sneak into your ears just like any classic of the genre. They catch you, they lead you through each song, and they won't ever let you go. Just like a maelstrom. 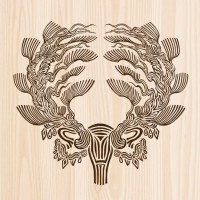 Since Chthonic put Taiwan on the international metal map, the island nation's roster of talent has grown more robust with each passing year; Bloody Tyrant is one of the most noteworthy names, emerging from under the shadow of its predecessor by looking to Nordic melodeath for influence as much as to Taiwanese music. Fans of Insomnium and Omnium Gatherum will appreciate the melancholy songcraft and stormy production paired with sturdy rhythmic work, while listeners hoping for another distinctly Taiwanese metal band will find notes of folk music throughout. Bloody Tyrant has grown from a more black metal-based sound to one that is expressly enamored of European melodeath, but the last decade has been a journey for the band to find its own voice, and additions like clean vocals and various traditional instruments keep 島嶼神話 (Myths Of The Islands) apart from Bloody Tyrant's peers and influences. 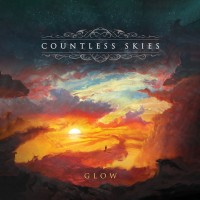 Countless Skies's second full-length offering is the logical continuation of their 2016 debut and at the same time an important step into musical independence. It's no secret that the Englishmen were inspired by a song of one of their most obvious idols - Be'lakor - when coming up with the name Countless Skies, but while this influence was omnipresent on New Dawn, it has given way to more diverse influences on Glow, allowing Countless Skies's own unique identity to finally shine through. The result of their musical evolution is a multi-layered fusion of uplifting, epic hymns and Opethian progginess with a heavy dose of orchestral bombast and hints of post-metal and folk metal arrangements on a foundation of modern melodeath with a strong Fennoscandian and especially Finnish twist - and a very rewarding, diversified musical journey for everyone who attends. 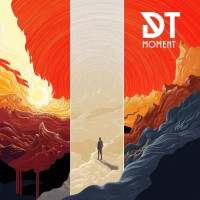 Their first album since their most substantial line-up changes in over 20 years, Moment sees Niklas Sundin replaced by not one but two guitarists, namely Johan Reinholdz (Andromeda and Skyfire) and Christopher Amott (Arch Enemy). The dual-guitar attack brings a greater number of solos on Moment, which also features a greater quantity of clean vocals from Mikael Stanne. The sound here is perhaps more accessible than that on Atoma, with the aggression dialed down and plenty of songs with similar intensity to those on Construct, but this is still clearly recognizable as a Dark Tranquillity album, with all the signature guitar melodies one would expect from the band. The Gothenburg giants are arguably the biggest name in melodeath at this point, and Moment is another solid addition to an unparalleled discography. 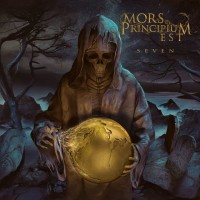 So many musicians from around the world are out there trying to play melodeath like the Finns, and here's actual (partly) Finnish band Mors Principium Est slipping over to Gothenburg for inspiration. Keys and strings bring a semi-classical grandeur to Seven, whose expressive guitar work never fails to find the soul in technically complex riffs and solos; the fierce yet melodic guitar lines drive the album, harmonizing over rampaging tracks that wring impressive speed and intensity out of lean, compact production. While they devote much focus to maintaining the complexity of their melodies, Mors Principium Est's performances are tight and energetic, sacrificing neither heaviness nor sophistication for the sake of the other. As you may have caught on to from the title, Mors Principium Est are seven albums deep now, and they remain one of the most reliable names in melodic death metal. 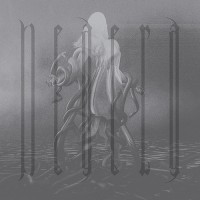 The decision to release a self-titled album mid-career (Neaera is record number seven for the band that share its name) can often be a questionable one, but Neaera put such questions to one side with a fierce rendition of their melodeath/metalcore hybrid sound. They lean more towards metalcore than The Black Dahlia Murder, their hybrid competitors in this category, with a solid portion of chunky breakdowns and hardcore vocals, but there are also plenty of hard-hitting melodeath riffs alongside the metalcore elements, which also lean more towards the extreme end by their occasional combination with blast beats. Possibly the heaviest nominee in this category, Neaera offers a distinctive and pummeling spin on the melodeath sound that fully embraces the subgenre's longstanding overlap with metalcore. 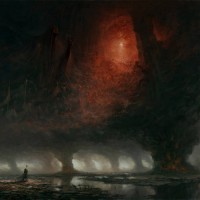 Tired of melodic death metal that is overtly cheesy? Like the Finnish sound of melodeath but wish it took itself more seriously? Well, Germany's Nyktophobia (the fear of night) may not be Swedish or Finnish, but they definitely sound like a melodeath band that is aware of why a lot of people don't like melodeath. What Lasts Forever is indeed melodic, don't get me wrong, but it's to-the-point and highly riff-focused, also taking some slight cues from the dissonant atmospheric death metal of late, and with a cover like that it certainly does take itself pretty seriously. 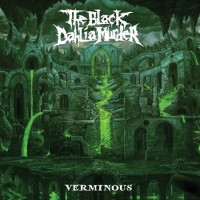 Celebrating their twentieth anniversary this year, The Black Dahlia Murder have long since established their signature sound, and Verminous sees their jagged, aggressive approach that bridges melodeath and metalcore on full display right from the off. With sharp, thrashy riffs, chunky breakdowns, frantic guitar solos, and Trevor Strnad once again riding the whole expanse of his extreme vocal range, Verminous is everything fans of the band would expect, with the occasional surprise thrown in for good measure. It may do little to convert naysayers, but for those who enjoy hearing Eschbach and Ellis shredding their guitars and Strnad shredding his voice, The Black Dahlia Murder have got your backs here. 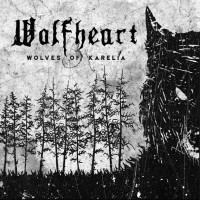 Anyone familiar with the work of Tuomas Saukkonen, and his Wolfheart project specifically, will not be surprised by what they encounter on Wolves Of Karelia; upping the ante in terms of intensity compared with Finnish peers such as Insomnium or Omnium Gatherum, Wolfheart integrate blast beats, blistering choruses, and sweeping, dramatic synths into their direct and relatively aggressive sound. The combination of the touching melancholy that is so tightly linked with Finnish melodeath and the directness of Swedish melodeath means that Wolfheart can both stir souls and bang heads with their music, which they do to great effect on Wolves Of Karelia. Wolfheart became Saukkonen's main project in 2013, and whilst it's nice to see him resurrect other projects (with Dawn Of Solace nominated in the gothic metal category), it's easy to tell from listening to this album why Wolfheart is his top priority.