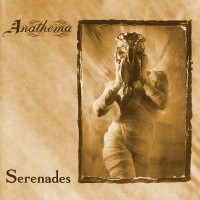 Additional info
Recorded at Academy Studios, West Yorkshire, in June, July & September 1992.
Produced by Anathema and Hammy. Engineered by Mags. Mixing engineered by Keith Appleton.
All music written and arranged by Daniel and Anathema. All lyrics by Darren. All orchestral arrangements and additional instrumentation by Daniel.
Cover photography by David Penprase. Design and lyout by Dave Pybus and Anathema.

Released on vinyl and CD by Peaceville, released on cassette for Poland by Loud Out.

Reissued as a double CD by Peaceville in 1995, with the original CD on disc one and Crestfallen on disc two.