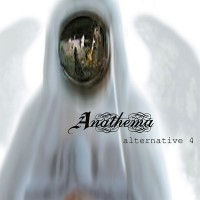 * Japanese and German versions have an orchestral version of "The Silent Enigma" as a bonus track.

These 3 last tracks are sometimes mistaken for the ones on a supposed My Dying Bride / Anathema split that does NOT exist. In fact, they are taken from the 1998 Peaceville compilation titled "Peaceville X" and are, respectively, track 1, 5 and 14.