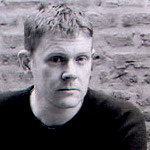 The new album, titled Artificial Madness, was recorded this past May at Engine studios in Chicago with producer Sanford Parker. Joining Connelly for the recording and adding to his distinctive vocal and guitar work was Noah Leger (The Karl Hendricks Trio, The(e) Speaking Canaries, Head of Skulls) on drums, Will Lindsay (Indian, Nachtmystium, Wolves In The Throne Room) on bass, and Dallas Thomas (The Swan King, Circle of Animals, Asschapel) on guitar.

The title Artificial Madness is a reference to today's insane reliance on needless technologies that has turned humans into head-hung, shuffling zombies. Connelly describes the release as "an adrenaline rush of paranoia, drawing on my history with bands like Ministry, Killing Joke, and The Damage Manual while retaining the melodic sense. It's a statement against the way music has become a flaccid Eagles/Fleetwood Mac nightmare with no one fighting or asking questions anymore. It's time for a revolution."

Artificial Madness will see an autumn 2011 release date with additional album details to be posted shortly.