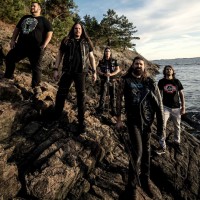 Adamantis, power metal outfit from Massachusetts, announce the release of a brand new EP - The Daemon's Strain. Drums and vocals for were tracked at Kennedy Studios in Burlington, MA with producer/engineer Steve Aliperta. All instruments were laid down at the respective home studios of guitarists Javier Estrada, Jeff Taft and bassist Cody Pelchat (Pelchat and Taft have since left Adamantis to focus on other projects). Originally announced for a April release, due to the very well-known vinyl pressing plant delays, the release has been postponed to May 2022.