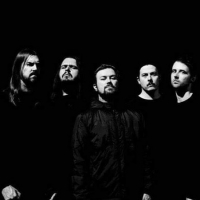 In February of this year, Allegaeon released their latest album, Damnum. The title means "loss" in Latin and consequently, the lyrical themes mark a deviation from the band's previous sci-fi/science-based output. Track number six from the album, "Called Home," may be the most emotional and powerful example of that theme on the album. For the latter you can now check out a brand new official video, directed by Kyle Lamar.

Guitarist Greg Burgess comments: "Over the last few years people around the world have experienced immeasurable loss and grief. This song and this video is a representation of a personal experience. By sharing this story we hope that it brings some sense of peace to anyone who has shared in a similar experience, and to possibly throw a lifeline to someone out there who may be suffering. You are not alone."