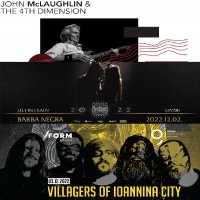 Budapest is a city I went to pretty often, and as far as concerts go, it is the city outside of my country that I went to most often for concerts, some of which I already wrote about. Not only do more tours stop in Budapest than in Romania, but with me no longer being a student and no longer having train price reductions, it is more profitable to drive to Budapest with friends than to Bucharest, with the biggest downside being the huge variance in queuing time at the border crossing.

The occasion this time is that the 1st of December is Romania's national day, thus a free state holiday. Taking advantage of that, is was pretty advantageous to use my vacation days to get the entire week off, and even if I didn't spend the entire vacation on the trip, four of those nights were, three in Budapest and one in Cluj. While I did go to Budapest for Budapest and search for concerts there, the Cluj trip was specific for the Villagers Of Ioannina City concert (coincidentally also the only one of the three concerts that I asked for media creds), since it was only slightly a detour anyway. Ironic as it was to embark on a trip on our National Day into another country, one from which we've taken territory on that event which we commemorate with our National Day, I wasn't gonna spend another holiday in my country again. My wallet regretted it later.

I'm not gonna talk to much about the trip itself, but there was plenty of trying out different themed restaurants, visiting of museums, the ceremonial spitting of the Ronald Reagan statue, cursing at the parking situation, accidentally locking ourselves out of the apartment, a pub crawl, befriending a couple of German tourists and getting added to their "Beer selfies only" messaging group, and going to four different Christmas fairs in a single week. 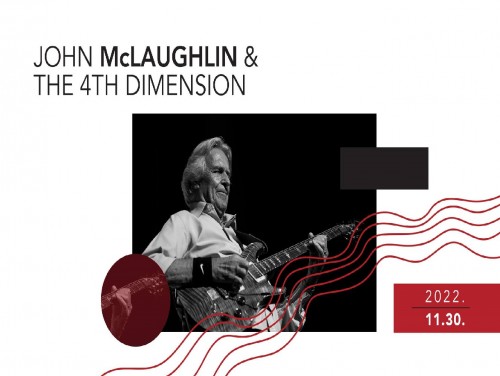 It was quite an experience having each concert in pretty wildly different contexts. Here's an old jazz musician and his backing band performing in a seated theater. John McLaughlin is someone whose work that I enjoyed has mostly been with his Mahavishnu Orchestra band, as well as his collaborations with Al Di Meola and Paco De Lucia, the former of which I've also seen live. Naturally, I was hoping to get as many Mahavishnu Orchestra songs in the setlist, and even if my favorite of the bunch, "You Know You Know", was played as an encore on another of their shows, they played another song this time around, leaving the rest of the setlist unchanged. This included Mahavishnu Orchestra's "Lila's Dance" and Pharoah Sanders's "The Creator Has a Master Plan" and "Light at the Edge of the World", in addition to an assortment of his own songs. I don't know for certain what the encore was, but it was a more jazz rock-ish piece that was a decent replacement for my expected song.

As far as the music goes, all the musicians in John's band were fantastic, with his displaying incredible humbleness and admiration towards being able to play with them. It did seem he was genuinely as amazed with their ability as I was. Each member had their own share on the vocals side, but drummer Ranjit Barot was the one who took charge vocally more often than other times, while also moments where keyboardist Gary Husband would switch to drums to create dual percussive moments also stood out. Bassist Etienne M'Bappé created plenty of moments alongside the guitar, and each member had plenty of times to shine, alternating between moments where it was clear why the band's name only had John's name separately, and moments where he seemed outmatched by his own musicians. Overall, a great gig by a legendary musician with an amazing backing band. 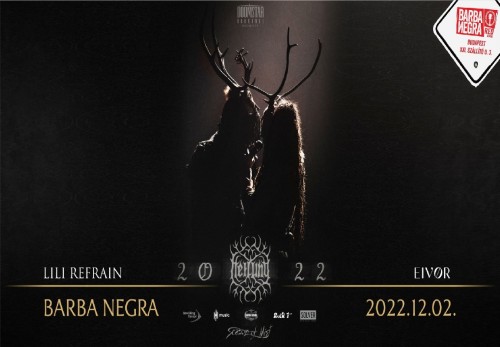 A free day and a bar crawl later, we took the train to this "nearly out of town" venue, something more akin to a huge industrial hall, which would house a trio of three dark spellbinding artists. Heiling is the only one of the three I had listened to before, also having seen them live twice before. The first was Lili Refrain, who, despite not having listened to her, I already had plenty of recommendations for, with The Devil's Trade's Dávid Makó pointing us towards seeing her too at Roadburn (I did not, sadly). I was not disappointed. Lili took the stage alone, with nothing but a drum, a looper, and an electric guitar, using the looper more specifically to create percussive backbeats for her blood curdling vocals. She would occasionally pick up the guitar, and at one point bringing the heaviest part of her set with extra distortion and a raising of a horns hand sign. Probably showing how despite none of the artists being metal, the crowd was pretty much solely metalheads.

Eivør I had also never heard of before, with the Faroese singer seemingly coming from more of an art pop direction, but one that took a bit more of a folkish direction lately. She also performed with a guitar and a percussive instrument, with a backing musician handling either a synth or a cello alternatively. Her vocals were a lot warmer than Lili's comparatively, and the backing music less reliant on repetition, and with more electronics occasionally, creating a nice contrast. I was pretty surprised when she announced that she'd play a song that she composed for the The Last Kingdom TV series, a series that my father praised a lot.

The final treat of the night were also the flashiest. At this point, I knew what to expect from Heilung, but watching them live is a completely different experience from engaging with them online. At this point, because we had to get some air, we had to fight our way to get to at least the middle of the venue. Despite the huge size of the venue, the thing was packed, and plenty of the tall people strategically placed themselves to block our view. Given how visual and theatrical their performance is, I spent extra effort on the tip of my legs to get the best view, and it was worth it. I don't know what I can say about Heilung that hasn't been said before, but it was so entrancing and a complete treat to see my friend who has never heard of them before being taken in by their presence. The person handling the lights definitely deserves a raise. 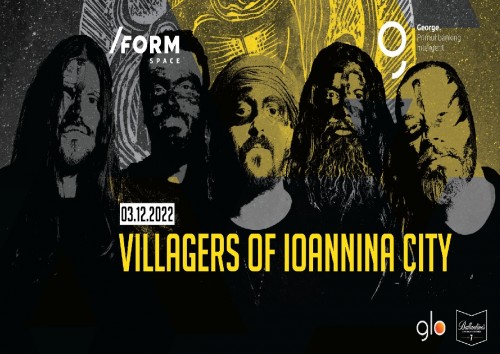 Switching to another city, one in my country, this happened in a city where I did go to concerts before, but very rarely. Neither of these were in Form Space, despite this currently being the rock/metal concert venue there. That might explain why I initially went to a different place with the same name before rushing to get to the actual venue. This was also the only one of the concerts that I asked for media creds, initially thinking that I'd only cover this gig instead of compiling them in this greater piece. The lack of the photo pit meant that I had to fight the crowd a bit to get a good unobstructed view of the band, something that worked so-so. The band is also the closest to metal out of the bunch we saw, which does explain their presence in our database, but their brand of psychedelic rock is still quite unique.

The two stars of the show were definitely the vocalist/guitarist, whose charisma and rockstar stage presence made it very easy to connect with the band; and also the folk instrumentalist, which switched from bagpipes to clarinet (I assume) providing something more unique in the instrumental palette of the band. The folkish undertones worked pretty well with the jammy and riffy rocking sound that the band had otherwise. The venue was definitely smaller than the industrial hall or the theater of the previous performances, but it was just as packed (but not packed enough to make it impossible to get a beer). Weird as it was to not have any opening band, Villagers Of Ioannina City scratched the rock itch as much as I'd needed it themselves, with a pretty extensive setlist with plenty of focus on their newest record (not like they have that many to choose from anyway). 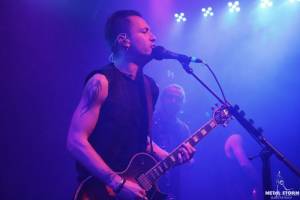 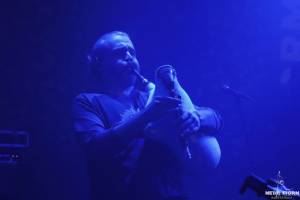 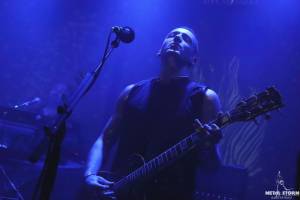 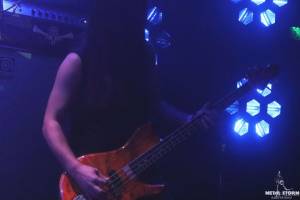 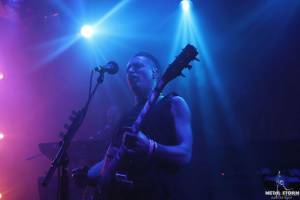 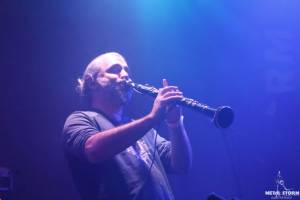 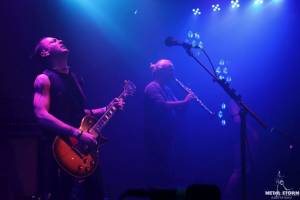 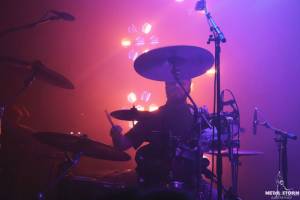 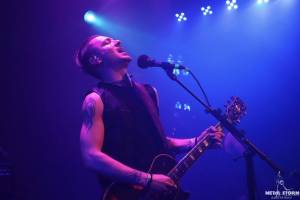 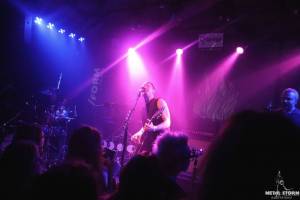 Overall, it was a pretty memorable experience, half from the concerts, half from the happenings outside of it. As someone who is often more festival focused, it was neat to have this amount of variety in music and venues in such a short time without having as crammed of a schedule the way a festival would, giving us plenty of time for other activities. Massive cheers for everyone involved.

Written on 15.12.2022 by
RaduP
Doesn't matter that much to me if you agree with me, as long as you checked the album out.
More articles by RaduP ››