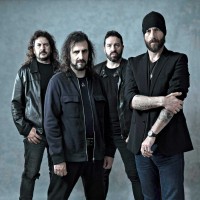 Spain's biggest Metal band today must be Dark Moor, and with "Beyond the Sea" they're releasing their fifth full-length album. So I thought it was about time to ask the founder and today, only original member left in the band, Enrik Garcia, to explain some things about Dark Moor, their history their new album.

- First of all I would like you to introduce yourself and your band to our readers. I think most of them know who you are, but it's always good to refresh the memory.

Hi there, it is Enrik Garcia, Guitar of the Spanish metal band Dark Moor.


- You're about to release your fifth real full-length album, "Beyond the Sea", how much do you think this album separate from the other four albums? And in what way is it different?

There are a lot more of good old heavy metal in the album than in previous releases. We tried to concentrate the orchestral parts in some specific passages of the album, and the rest is all raw guitars and some heavy metal stuff!

Cover Artwork of the new album "Beyond the Sea"


- What can you tell us about the new album? Are there a concept or theme? How was the recordings, did anything worth telling happened?

There is not a concept on it. There are lyrics about historical characters, like "Julius Caesar" and some others are more personal and deep like "Miracles" or "Going On".
The recordings ran just fine, nothing worth to tell about it.


- It's also your second album with Alfred on vocals, how much do you think the change from female to male vocals have changed Dark Moor? Do you think you can write and perform stuff now that wasn't possible with Elisa on vocals?

Well, we took Alfred, as he was able to sing in the high female keys of
Elisa, and he does it damned good. He puts a lot of emphasis on the interpretation, and he can change his way of singing depending on what is the lyric about. It gives the music a theatrical aspect that wasn't that obvious with Elisa. 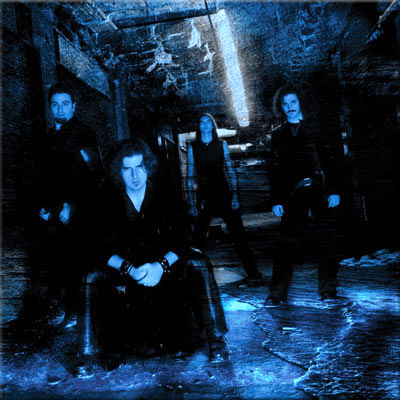 
- And you've also changed members quite a lot lately, now it's only you left since the beginning, how much does that effect a band? And aren't you afraid to get a reputation as hard man to work with?

Haha, I am afraid I already have that reputation (just kidding). Well, the band split in two for musical reasons and was a common agreement. After that, Jose Garrido had to leave because of work matters, He set up a recording studio in Madrid called "New Life Studios" and he is also playing with Arwen, his first band. So joining Dark Moor was too much for him. About
Anan, well, this world is not what people think about it. We all have to work to survive, and Anan has to support his family, which obviously is the first thing for him. As you can see none of these things is my fault.

I am afraid so, we don't get any support from any organization, and there are many vultures in this world, trying to get as much as they can from you.
It is really sad.


- How does the future look like for Dark Moor? After the release, will you tour or start writing on the next album?

We are planning two international tours, but we are still in negotiations with the promoters. It is still early to talk about it.


- As mentioned, you have now (or soon) released five full-length albums, which means you have a lot of material, so haven't you thought about releasing a Live album? Or even a DVD? I mean it would be special to hear Alfred sing the old songs.

Yes it is. We have talked about it but it is not our priority. We will do maybe a live album + DVD in a near future, hopefully. 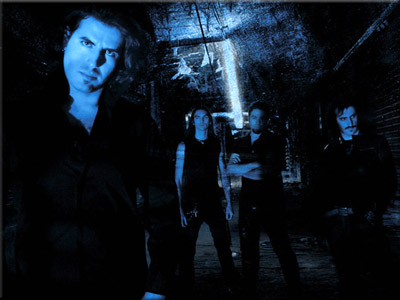 
- What's the "relationship" with the members that left Dark Moor for DreaMaker today? Are there any hard feelings or are you friends?

We live in the same city and we see each other often. We keep a cordial relationship. No hard feelings at all.


- What's you favourite track on "Beyond the Sea"? And why?

All the songs are like my children, I love them all, haha.


- We're reaching the end, be before that I would like to give you the word, where you can take up something you think I have forgotten to ask, or just give a messaged to everyone reading?

Thanks for the interview and hope your readers like the album. YOU ROCK!!!


- Then I thank you for taking time and answer my simple questions, Thanks.
And I wish the very best for you and Dark Moor in the future!