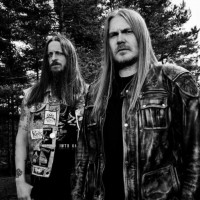 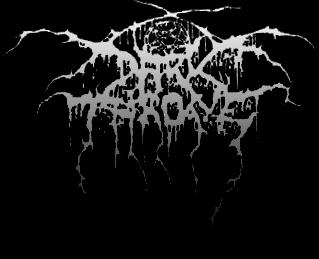 First off, Fenriz, on behalf of www.metalstorm.ee, I'd like to thank you for taking the time to do this email interview and answer a few questions.
With "FOAD's" imminent release, you're looking at 13 albums, 20 years. That's quite a feat for any band. To what do you attribute your longevity and continued creative output?


Being ourselves! And having day jobs, so that we have our feet on the ground. And a never ending desire for music, always searching backwards to see where metal came from and listening to the bands that are true to this long and winding path back to the 50s.


Your sound has certainly changed over that span. Since "A Blaze in the Northern Sky" was released, how much of that change was a natural evolution, how much was calculated and consciously done?

We always just played what we wanted. The bands that do not do this are not my brothers.


You have a couple of releases coming up shortly with the "New Wave of Black Heavy Metal" EP and "Fuck Off and Die" - how does your sound continue to evolve with these records? 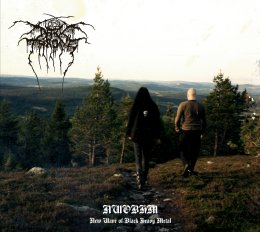 The Peaceville webpage (http://www.peaceville.com/darkthrone/foad/) on "NWOBHM" leaves a lot to the imagination. With "FOAD" your fans got a track listing to whet their appetites. However, in regards to the EP, the site lists some classic metal bands (Cirith Ungol, Brocas Helm, Blessed Death amongst them), as well as 'credible' punk as influences on your sound, but nothing specific about it. What should your listeners expect from the EP? The 'Love in a Void' cover alone was worth the cost of the "Too Old, Too Cold" EP. Will there be any covers on "NWOBHM"?

I haven't seen this webpage. The culture in metal that an advance track listing is a "topic" has always amazed me. Do people think they can see something in advance titles? Are they clairvoyant? No, they must be idiots if they are longing for titles. This culture is totally incomprehensible to me.
On the NWOBHM it will just be the cover we did of TESTORS, a fantastic late 70s u.s. PUNK band, this cover is also on a darkthrone 7" that was released last year.
I am glad you liked the Siouxsie And The Banshees cover, our covers aren't meant to be anything special, other than intellectual pointers to where our hearts and minds are. Why do you think celtic frost covered WALL OF VOODOO and not, say, KISS? It's because we are trying to be signposts in a world full of confusion and idiocy.


How much actual influence do those listed classic metal bands have on your creative process? Are they merely inspirational or will it be like the "The Cult is Alive," where you injected the punk influence directly into the composition of your music?

The liner notes on the press release will say this. Inspirations are inspirations, usually I hear afterwards what my music must be inspired by, sometimes I'm getting a crystal clear idea from something I hear. but it usually ends up sounding like something completely different than what I had in mind anyway (I make all riffs on the acoustic guitar)


Speaking of punk, could you list a couple of the punk bands that have influenced you for our readers?

POISON IDEA is the only thing I hear ON THIS ALBUM. MOTORHEAD is the best example of punk and metal coming together, so of course we are inspired by them. I hear some AMEBIX in one of Ted's vocal performances on this album. I am also a big fan of the vocalist of PUKE (Swedish punk band from the mid-80s) but I just can't sing like him. Best band to mix punk and metal nowadays are probably BLÜDWÜLF.


Is there any chance of a "Fenriz Presents - the Best of Classic Metal" or "The Best of Punk" to perhaps further open the horizons of fans to your influences?

I wish! but after all the idiotic feedback I got from my black metal compilation (why didn't you include Darkthrone? Is Destruction black metal? etcetera) It just might not be worth the hassle. But other than that I love making compilations (I make many private ones in 30-50 copies only for friends etc).
I love to open minds all the time - but a lot of metal people seem to be E X T R E M E L Y closed minded. Horrible! Very bad taste. It's alright when you're 13, just a young buck you know, but when 30-year-olds have record collections like 13 year olds, there's something wrong. Only RAIN MAN doesn't change with time!


'Canadian Metal' sounds fantastic - high energy, and signature guitar tones and drums, nice guitar solo. As for the subject matter, we can assume you aren't throwing hails and horns to Avril Lavigne or Bryan Adams. What was the lyrical inspiration for this track?

I just namedrop song titles and talk shit about the modern weak sounds (instant gratification metal production) of metal. I need it hairy and difficult, I hate sleek plastic sound. And you all know who you are! DESTROYERS OF METAL! SHAME! I know, because I was one of them with the sound on our very first album, hehe.


What went in to the "FOAD" recording process? Was it one of your typical in and out sessions? Did any unforeseen challenges arise?

In 2005 we bought our own portable studio and we changed our whole recording process. We do not produce anything, no sound check other than LEVEL sound check, record HARD and FAST - and only 2 songs at a time. When we have 2 songs - we set up the studio and record them. Then we wait until we have made another two. That's what we did on THE CULT IS ALIVE (our 12th album) and that's what we did on FOAD.


Can we expect some shared vocal duties on this album as well?

I "sing" on 3 or 4 songs, I think it's usually best that the one that writes the song sings on it. Because I am making songs now, not just some riffs. and i write the lyrics to suit the songs, I have written enough pretentious lyrics in my time, now i feel like doing it rawer.


Looking on your past output, do you have a favorite Darkthrone album or song? Is there a black sheep in the Darkthrone discography? An album you would like to go back and change?

My production on TOTAL DEATH was voted down.


Do you read any fan forums or websites online to see what other people have to say about Darkthrone or Black Metal?

The worst things that civilization has come up with after all these thousands of years are 1: V-STYLE SKI JUMPING (older styles are SOOO much cooler) and 2: internet forums. GET A LIFE.


Your first three black metal albums are often hailed as landmark masterpieces, while your later releases seem to get less stellar treatment from fans. (Personally, I'm a fan of your later output. Some may take it as heresy, but I slightly prefer them.) Would you be willing to share your thoughts on this? Does it bother you or do you care nothing at all about it?

People that take corpse paint photos in their back yard like albums 2-5 best, motorhead fans, crust punks, and people with large record collections like THE CULT IS ALIVE best. But you know, the first steps towards the REAL forest life is at least going out in the back yard..


What are your thoughts on the Black Metal genre of today? Are there any newer artists that capture your imagination?

VOMITOR was great, those maniacs from Australia did everything right.
People can check our MYSPACE TOP FRIENDS (http://www.myspace.com/officialdarkthrone) for more interesting bands I like. We're talking SALUTE etc. 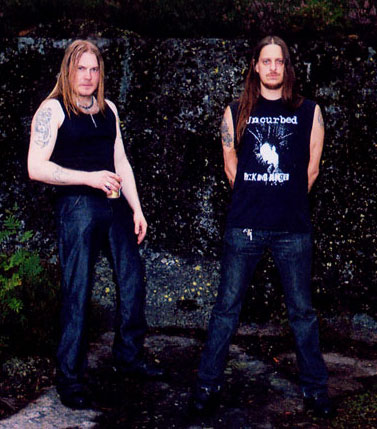 Proverbial "Desert Island Top 10" situation - you're stuck in the middle of nowhere and can take only 10 albums, any musical genre. What 10 albums would make your collection?

That would take me a year to figure out, I get about 700 titles each year these days, I have a total of 7-8 thousand titles in my collection.
I just name the 10 first albums that spring to mind now:

PUKE - Back To The Stone age (swedish punk 1987)
WITCH - Witch (doom metal from usa 2005 or something)
HIGH TIDE - Sea Shanties (great "doom" rock from 1968 or 69)
EAT STATIC - Science Of The Gods (extremely well programmed electronica from..97?)
DETESTATION - The Agony Of Living (crust punk with female vocals, a long time fave. 90s)
DEVESTATION - A Recreation Of A Ripping Death (my fave Chicago deaththrash DEMO, 87)
HEARING IS BELIEVING - a compilation made to me by my friend in France, Thomas Bonnin last year.
MANILLA ROAD - The Deluge (epic metal 1986)
FANTOM WARIOR - Morbid Invasion DEMO 87 (thrash in the style of the 1st WHIPLASH album)
2 first WHIPLASH demos 84, 85


Thanks again for your time and candor. To borrow from Danzig, enjoy the rest of your 'Dirty Black Summer.'

No problem, just got back from tent trip 13 this season, started the day with breakfast and listened to Cirith Ungol, Sly And The Family stone, a cool instrumental by GRAND FUNK that I grew up with, and my fave THE BYRDS track that I also grew up with, I WASN'T BORN TO FOLLOW. Yeah, that was before gram parsons destroyed their music by joining them later in 68. Overrated guy.