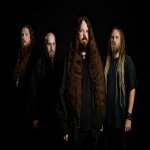 1. Could you please introduce your band in a few sentences?

Morgion is a Death/Doom Metal band, formed in 1990 in Orange County, California, USA. The line-up has changed a bit over the years, but today it consists of original members Dwayne Boardman (guitars/vocals), Rhett Davis (drums/lyrics), plus long-standing member Gary Griffith (guitars/vocals/keyboards) and newest member Justin Christian (bass). The band recently released its third album, titled "Cloaked by Ages, Crowned in Earth" on April 27, 2004.

2. Your new album "Cloaked By Ages, Crowned In Earth" has got a great response from your audience, what's your personal view on the album?

I think the album is a testament to the new line-up. It features the debut of both Gary and Dwayne on vocals, and me on bass. Almost all of the songs were written and developed together, the 4 of us, and that is why they sound the way they do. It is a bit of a change from the previous album, "Solinari", but that is what the band wanted, and every album so far has been a change from the previous. We think of it as an evolution.


3. Morgion has changed over the past few years, I feel like your use of keyboards has decreased, which takes away the extremely heavy atmosphere you once had (in solinari for example). Is that correct? Please tell us a little about your evolution.

"Among Majestic Ruin" and "Solinari" both had heavy use of keyboards, and a lot of that is because it was a new element in the band at the time. On this album, we wanted the keyboards to be less overt, not direct the music so much, but rather a supplement. There are actually a lot of keyboards and similar effects on "Cloaked…", but you may not notice it so easily, which is the role we wanted them to have…help reinforce the music, but not write the music. We wanted a more natural and flowing feel to this album…the natural chemistry between the 4 of us as musicians, allowed us to achieve that in the songs…there is a more "organic" sound…the standard instruments do more for the music. Also, the guys have wanted to use acoustics and clean vocals for years, and those had a big part in the sound of this album. Who knows what the next album will sound like? 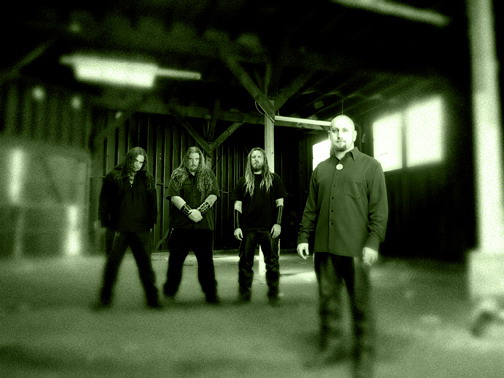 4. It took you something like 5 years since you last released a full-length album (Solinari in 1999). What took you so long? Was it because you just wanted to take a break or that you really worked hard on the new album?

Writing of the new album basically started at the end of 2001, and continued when I joined the band in early 2002, and even on through the recording of the album until the end of 2003. Between the release of "Solinari" in 1999 and the release of "Cloaked…" in 2004, the band went through a lot. After the Contamination tour in 1999, there was some tension between the members of the band, and in 2000, Rhett left to pursue other interests. The band never found a suitable replacement, and later Dwayne left. The band also had to deal with the death of Brandon, who played keyboards for the band for a period. By late 2001, the Dwayne and Rhett had returned, but there were still personal and performance problems stemming from Jeremy Peto (bass/vocals), so the other 3 decided to replace him, and that is when I joined in early 2002. We needed a new vocalist, and that is when Adrian Leroux (ex-Mindrot) joined the band. We recorded demos, and even started to record the album, but Relapse Records had not given the band a recording budget, and our money ran out quickly, so the recording was put on hold. We were also helping to organize the Doomination of Europe 2003 tour, with us headlining, for February 2003. When we returned, the contract with Relapse was mutually terminated, and we also had to replace Adrian on vocals, because he would not have as much time for the band as we would like. We made the final demo for the new album, and discovered our guitarists Dwayne and Gary were great vocalists, so they took over all vocals. We sent the demo to a few labels we were interested in, and decided on Dark Symphonies. We started recording the album in July 2003 and it was finished in January 2004 and released in April 2004.

5. What made you choose the name of the album "Cloaked By Ages, Crowned In Earth"?

Rhett conceived of that name after the death of Brandon. It is a metaphor for Life and Death. This is a concept album, based on a story created by Rhett, and it unfolds from song to song. It is a dark fantasy of irony, involving three ancient swords of Nether, and the three men who seek them.

6. Well Justin, you are a pretty new member in the band so most fans of morgion probably don´t know much about you. Please tell us more about yourself and how you became a member of Morgion.

(Justin) : Well, I had been a friend and fan of the band for years, having met them in 1992 or so. Over the years, I have had a few side projects with Rhett, and even Gary, but mostly I was playing in different types of bands. I started playing bass in 1989, and have a very eclectic taste in music, so I have played in various types of bands. After Jeremy was kicked out of Morgion, they asked me if I was interested, and being a fan, I was. I learned the new material within a week or so, then we began to write new songs together (I contributed the writing for a portion of the album), and record demos. At first, I was still in another band, and my rehearsal schedule was very rough, but eventually things changed and I was solely in Morgion. We work very well together, and the rest of the guys have said repeatedly that this is the best line-up the band has had, personally and musically. 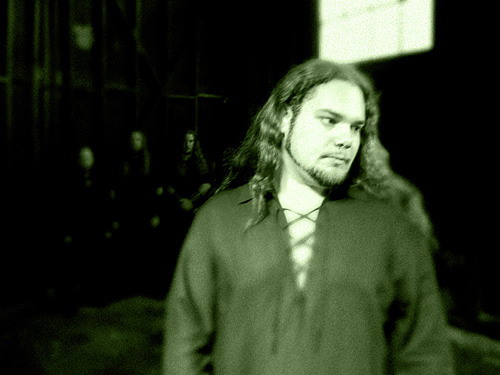 7. Which bands have influenced you the most?

8. You have changed your record label from Relapse to Dark Symphonies. Are you satisfied with this change?

Yes. The band was not happy with Relapse's lack of support after the line-up was changed, and I think Relapse was disappointed in the amount of down time after "Solinari". Also, Relapse really wasn't known for Doom Metal. Dark Symphonies has been extremely supportive, enthusiastic, and communication between us has been great.

9. What are your plans for future live gigs? Which countries will you be visiting?

We have no plans at this time. Some of us in the band have important personally obligations which will not allow us to tour this year, and we intend to spend our time writing new material this year, so it isn't another 5 years before the next album! We may play a single show or festival here or there, so we urge people to check www.morgion.com for updates. Also, visit our official support forum at www.doom-metal.com

10. I know that you have quite many fans in Asia and Middle East. Will they have any chance to catch up with you on any Asian tour?

We have discussed the possibility of a Japanese tour, but nothing is in the works yet. So far, no talks of visiting the Middle East, but who knows? We truly appreciate all the fans in Asia and the Middle East...thank you for the support! 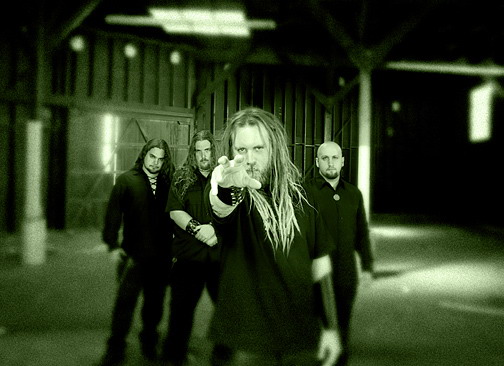 Yes. Everyone in Morgion is a fan of the classic Swedish Death Metal scene (Carnage, Nihilist, Grave, Dismember, Entombed, etc..), and over the years Morgion has had the great pleasure of playing shows with a few of those bands.

12. Are you planning to start or get involved in any side projects?

Right now, Rhett and me are working with a couple other musicians on a new project. It is still early, but I can tell you that it does not sound like Morgion, and influences are Celtic Frost, Candlemass, Bolt Thrower, Grave, Mercyful Fate and King Diamond.

13. What do you think about the doom-metal scene in USA?

Well, America is definitely not the land of Doom, but there are a lot of bands here these days, spread out all over the states. It's interesting, too, because there are many different types of Doom bands (sludge, stoner, traditional, epic, death/doom, atmospheric, etc..) like While Heaven Wept, Orodruin, Grey Skies Fallen, Evoken, Unearthly Trance, Khanate, Novembers Doom, RWake, Asunder, Shroud of Bereavement, Graves at Sea, Fall of Empyrian, Agalloch, Autumn Tears, Penance, etc… and of course the legends Solitude Aeturnus, St. Vitus and Trouble! I think Doom is slowly gaining a good fanbase in America, but right now it is very scattered and Death Metal and Black Metal are MUCH more popular. 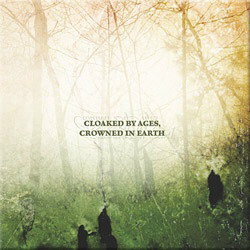 Cloaked By Ages, Crowned In Earth

14. Thank you so much for your time, as you are one of my personal favourite bands I'm very happy for this interview. Do you have anything you would like to tell your fans all over the world?

Thank you for the opportunity and your support. We are very happy to have people all over the world that like the band and appreciate our music. It is a great thing, and we feel fortunate. Thank you for all of your support, and I hope to see all of you, eventually!