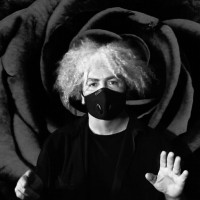 There are very few metal bands in the alternative wave that don't get trace in some way or another to Melvins. It would be hard to find earlier incarnations of sludge or drone or grunge. But besides being a pretty influential band, they always felt like a band that just did what they wanted. Switching lineups between albums, an acoustic retrospective, an album with a dozen bass players, these are just a few of the things that Melvins have done lately. So we talked with King Buzzo about some of it, while also getting schooled about how great Led Zeppelin and The Who were.

Posted on 11.12.2021 by
RaduP
Doesn't matter that much to me if you agree with me, as long as you checked the album out.
More interviews by RaduP ››