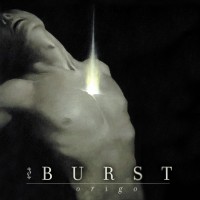 
Two years after the already excellent Prey On Life, the Swedish Burst come back with their new effort entitled Origo. Burst is one of those bands that don't hesitate to explode the barriers between genres (metal or not) and to explore new horizons. This is also one of those bands that are labelled as metalcore and, as such, despised by a lot of "true" metalheads who probably didn't know better than hating them without even hearing one note of their music (Mastodon is also in this situation).

Yet Burst is not metalcore. Not only. Burst is also sludge, progressive, post-hardcore, death, grind, doom, all at the same time and also none of them really. Burst is Burst, a band whose members come from different soundscapes (the bassist is a former member of Nasum for example), carried their background with them and fitted this inextricable maze of influences together. Therefore, Burst sounds like Burst only. You might as well find a metallized punk riff ("Where The Wave Broke", dedicated to Mieszko Talarczyk) as passages borrowed to pop or even a few 70's prog-rock tunes. You might also be blasted off by the utter, almost uncontrolled, violence of "Slave Emotion" or "Stormwielder".

But chances are that you will be carried away with the giant flow of emotions that emanate from this album. Not unlike Isis, Cult Of Luna or Neurosis (just to quote the most renowned "post-hardcore"/sludge acts), Burst base a lot of their attracting power on feelings. In this regard, the music is almost a secondary element. The desperate accents of the acoustic/electric guitars, the emotive clean vocals of guitarist Robert Reinholdz ("The Immateria", "Flight's End"), the dark yet clean production, everything's been weaved to enhance the emotionally destructive force of Origo. Just to make things even more addictive, frontman Linus Jäkerskog sounds like possessed. His hardcorish screams manage to carry all the hate, anger and sadness that can be held by a man. He sounds on the edge of self-destruction.

And when he stops screaming, the whole band takes the lead, as on the amazing closing track "Mercy Liberation", with its Morricone-like intro and choir vocals over fast and brutal music. Then imagine that Burst wrote a non-boring 7-minute Pink Floyd-influenced instrumental ("It Comes Into View") that can beat the hell out of any progressive rock/post-rock band out there. You get your conclusion yourself.

In the end, I must honestly say that I really wonder how Burst are going to top this album. Because if there's a contest open to give perfection a name, Burst is certainly one of the strongest contenders. I know it sounds like a cliché, I know that everyone throws this expression out to every band that releases something (hell, even DragonForce and Sonata Arctica have been labelled as such), but Origo is genre-defining. Maybe the best alternative metal album ever.

Highlights: Where The Wave Broke, Sever, The Immateria, It Comes Into View, Mercy Liberation
Written by Deadsoulman | 03.03.2006