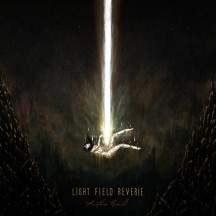 
2020's given a lot of negatives to a lot of people, but it's brought quite a few positives for fans of Heike Langhans.

A month after the successful release of her long-awaited sophomore album with Draconian, Under A Godless Veil, Langhans has another offering in the form of Light Field Reverie's debut effort, Another World. Light Field Reverie sees Langhans join forces with Sojourner members Scotty Lodge (bass) and Mike Lamb (all other instruments); however, the sound is far more oriented towards Draconian than the atmospheric black metal outfit. In fact, not only does Another World lean substantially towards the doom sound of Draconian, but it offers genuine competition to Under A Godless Veil for the best album featuring Langhans this year.

At its base, Another World is a Gothic-oriented doom album in a similar vein to Under A Godless Veil; however, there are several things that distinguish it from Langhans' other project. First off, there are occasional growls (most notably towards the end of "Ghost Bird"), but they're very much a minor feature; this isn't a beauty and the beast-style effort. Probably a bigger element that distinguishes Light Field Reverie, however, is their use of electronics; from the pulses that open "Ultraviolet" to the electro-beat underpinning the title track, plus the regular, inspired use of keyboards and synths, electronics play a major role in shaping the soundscape of Another World, helping separate it from similar bands under the doom umbrella. There are also some post-rock/metal hints interwoven into parts of the record (although the initial genre classification of this album as post-metal was a bit wide of the mark). The melancholic doom, dominated by Langhans' stirring vocals and atmospheric riffs, are the driving force of the record, but these other elements built into the sound of Another World help it to be its own thing, separated from natural comparisons such as those to Draconian.

However, it's not what makes up the songs, but how well they are written that makes Another World such a compelling listen. "Ultraviolet" is a strong opener, the gradual build-up leading into a slow but impactful effort with memorable, haunting vocal melodies, brash ear-catching synths, and enjoyable twists and turns as it progresses. "The Oldest House" for the longest time feels like a more subdued effort, but ends up feeling rather busy when everything culminates near the end, pushing into some thick, punishing riffs as it reaches its conclusion. The middle two songs are perhaps the most contrasting; "Ghost Bird" is a lengthy, sprawling track, one of the slowest and doomiest efforts here, whilst "Another World" is simplistic and with something of an 80s pop mentality through its use of electronics and the earworm vocal hooks. To be honest, I find myself more drawn towards the latter approach, with the title track rivalling "Ultraviolet" for my favourite song on Another World. Nevertheless, the band effectively shift between doomy crawls and livelier fare with a natural flow.

I've given Another World quite a few listens, and I'm honestly not quite sure whether I like it more or less than Under A Godless Veil; both are very well-composed, consistently enjoyable efforts. Draconian's album has the stronger highlights, but on a song-by-song basis I may just about prefer Light Field Reverie's effort. Nevertheless, the difficulty I have in separating the two is a good indicator of what good work the two bands have done, and Langhans has been an integral part of both albums' excellence.

Written on 26.11.2020 by
musclassia
Hey chief let's talk why not
More reviews by musclassia ››