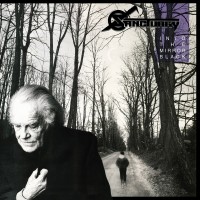 
During the late 80s, many great bands emerged from Seattle; Sanctuary were certainly amongst them, and their debut album, Refuge Denied, was a very good beginning point for them. However, it was the second album, Into The Mirror Black, that I believe showed Sanctuary's true capabilities. This album was released just a few years before the outrageously popular grunge scene emerged, taking Seattle by storm. Sanctuary, however, had a short-lived career; it would be a whopping 18 years before the band would release another album after this, with members of the band in the meantime forming the mighty Nevermore.

Into The Mirror Black is defined as US power metal, but Sanctuary's approach to the genre was different in many ways. First, they were more geared towards the traditonal style of heavy metal; they were also very thrash-orientated as well, and used progressive elements in their music. They focused more on creating an authentic and atmospheric sound, as opposed to the typical European form of power metal, which made use of more keyboard melodies, synthesisers, and over-the-top vocals with slightly cheesy lyrics (Helloween and Blind Guardian are bands we associate with this style). Sanctuary, however, alongside bands such as Iced Earth, Fates Warning and Crimson Glory, are associated with US power metal.

What's great about this album is that you don't need to be a total fan of power metal to enjoy it; the lyrics aren't based on any typical fantasy themes like fighting dragons or anything like that. You could even mistake this album for a pure thrash metal album, with perhaps some progressive influences thrown in. For me, the album sounds very much inspired by the Metal Church debut, especially the tempo and riff structures; the melodies and overall sound also remind me of The Legacy by Testament to some extent, so fans of 80s old school thrash will surely love this album. The production is also a massive improvement on the debut; it sounds a lot more polished and refined, and every instrument sounds crystal clear.

Each song is brilliantly wrote and outstandingly performed by each member of the band. The riffs are amongst the best of the period's time; although they are kept relatively simple, they are still very catchy and keep you hooked throughout. The guitar tone also fits perfectly, but what stands out for me most is undoubtedly Warrel Dane's vocal performance; it's quite simply breathtaking here. Lenny Rutledge and Sean Blosl also give outstanding performances with some great soloing; it's just a shame they opted for a grunge direction after this album.

There are many standout tracks on this album, the main ones for me being "Future Tense", "Taste Revenge" and "One More Murder". Even the two slower songs, "Communion" and "Epitaph", are great, as they bring a progressive element to the album. I can't say there are any tracks I don't like here though, some better than others, but nothing short of decent; it's a real classic album to get you in the mood for some serious headbanging.