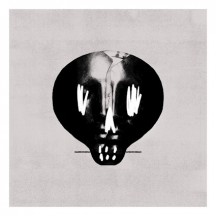 
I wonder what happened to those guys?

After having missed the mark by some margin with Gravity, Bullet For My Valentine aim to right the wrongs with an album more traditional in sound than experimental as their prior output had been, and you know it's for real as it's a self-titled record. While this volte-face to the band’s heavier side is a welcome improvement, it does highlight the limitations of Bullet For My Valentine in terms of quality, with the group trying to relive their past rather than live in the moment.

I’ll be damned if there isn’t quite a lot here to enjoy, with “No Happy Ever After” probably being the best song the band has produced since the halcyon days of Fever, and the likes of “Knives” and “Death By A Thousand Cuts” being some of the band’s brightest highlights in years. There are other tracks that are good, though not as great as these three, with the likes of “Paralysed” and the second half of “My Reverie” being enjoyablem if not as big standouts as the aforementioned tracks. These tracks alone elevate Bullet For My Valentine to a level the band have not reached in the ten years since Fever; while Venom had some near-hits, it lacked those hard-hitters like “No Happy Ever After” to which this album can lay claim.

Much of Bullet For My Valentine’s positive aspects, however, sit just on the right side of the fence, not doing much to enhance the quality of the album but at least not hindering it either. The production fits this mould snugly; while everything is audible and well placed in the mix, it really doesn’t aid the songs, nor does it breathe life into any moments throughout the album. Tracks like “Shatter” feel like they need some big wall of sound-esque blasts in its chorus to really hit home, but these kinds of moments are lacking and the song doesn’t hit as hard as it could. The band’s performance also falls into this category as well; while they can’t be faulted for their performances, there is little to celebrate about them either.

The main problem with Bullet For My Valentine lies with the band’s decision to right course after Gravity and to produce a heavier record, resulting in a record that is formulaic to a fault and sounding uninspired beyond the standard tropes of metalcore. “Bastards” is your standard ra-ra pomp song based around a marching beat, while the riffs to the likes of “Parasite” don’t sound too far removed from a Wage War song. “Shatter” reminds me of Catharsis by Machine Head, which is like picking the runt from a litter: a good band to be inspired by, but why that era? As a result, some songs just feel like an amalgamation of standard metalcore riffs and sounds.

Bullet For My Valentine represents a marked improvement in the band’s output, producing some of the best material Bullet For My Valentine have released in years; while the band’s strengths have improved, unfortunately their weak points remain and have the unfortunate side effect of having to compare and be contrasted with the better material that sit besides it on the album. While this record may pique your curiosity and persuade you to give the band a listen, it is unlikely to see a large swathe of old fans return to the fold.

Written on 01.11.2021 by
omne metallum
Just because I don't care doesn't mean I'm not listening.
More reviews by omne metallum ››