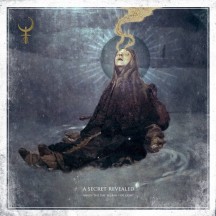 
Throw all the atmospheric, dynamic-based styles of metal and rock into a blender and you get A Secret Revealed.

Despite having a very clear template set for it by the likes of Isis and Cult Of Luna, ‘post-metal’ is still something of a nebulous term. The German quintet A Secret Revealed say on their Bandcamp that ‘what we call post-metal means the combination of various metal styles and post-core accents’. To that end, their sound involves throwing post-hardcore, post-rock, blackgaze and other elements into a blender and whacking some heavy, chunky riffs in there. This blend came together rather nicely on their previous record, Sacrifices, with the dreamy semi-ambient soundscapes, blackened blasting and -core inclinations pieced together into expansive, dramatic songs with powerful, evocative peaks.

The core components haven’t really changed on their third album, When The Day Yearns For Light, but the way in which they’re implemented has. For starters, the average song length has decreased from 7 minutes to under 5 minutes. When you’re writing atmospheric music, it’s easier to have protracted builds that ratchet up the tension with longer songs, so there’s seemingly less focus on that aspect this time around, and a comparison of the previous album’s opener “Grieved” with “As I Wash You Perish” supports this; the first two-thirds of the latter song feature a pretty unrelenting sequence of blackened (post-)hardcore attack, and when that lets up, it’s only to go into a slower stomping trudge. There are dynamic shifts in the songs on When The Day Yearns For Light, with “No Shelter. No Hope.” taking a post-rock detour for a few seconds before returning to the blasting, but they’re definitely less of a focus this time around.

The other thing that really stood out to me on first listen was that post-hardcore felt more present in the mixture this time around, particularly on some of the later songs; “Rotten” and “The Arsonist” have a couple of sections each where this comes through more clearly. There’s more of a straight punky vibe on “In Shoals”, with its flat-four rhythms bringing to mind a song like “Different Masks On The Same Face” by Sylosis. Despite the heavier riffing and punky inclinations across the record, there’s still a good amount of post-rock atmosphere and blackgaze serenity on When The Day Yearns For Light; closing song “Monument Of Guilt” does a good job of balancing these lighter elements with chunky, percussive riffs, while “With Blind Apathy” weaves some movingly melancholic guitar melodies between the blasts and screams. Heck, there’s even a whole instrumental interlude (“~”) dedicated to quieter contemplation, serving as a timely pause in the tracklist.

I enjoyed Sacrifices rather a lot, and I do like its successor too; A Secret Revealed are good at writing solid riffs, layering atmospheric elements in a satisfying manner, and combining these different approaches within cohesive and rewarding songs. However, I do think the shift towards a more condensed approach does take a bit of the edge off of When The Day Yearns For Light; there’s moments that catch your breath, but they don’t have quite the same impact, and they don’t linger around for quite as long, meaning that the experience of listening to the record is a bit more middling. Ultimately, it’s not a record I expect will lure me back for future listens, but I did rather enjoy the playthroughs that I have given it.

Written on 30.10.2021 by
musclassia
Hey chief let's talk why not
More reviews by musclassia ››