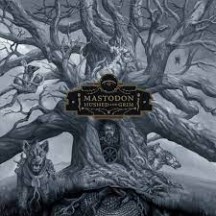 
It’s not grim in the ‘trve kvlt’ sense, but Hushed And Grim is a fairly apt name for Mastodon’s ambitious double album.

After a pretty extraordinary string of releases in the 2000s that culminated with 2009’s prog-metal masterpiece Crack The Skye, Mastodon opted for a more simplified and cleaner songwriting approach in the following decade, receiving the same mixed response as most other frontrunning metal bands that had opted for a similar change in direction before them. Their most recent full-length, Emperor Of Sand, received arguably the most muted reception of their albums to that point; however, 2017 also saw the release of a second Mastodon release, and there was a far warmer reaction to the Cold Dark Place EP. It seems that the band picked up on that, as of all their previous records, Hushed And Grim feels closest to Cold Dark Place.

What do I mean by that, exactly? Well, this is where the ‘hushed’ in Hushed And Grim comes into play; Cold Dark Place was unusual in that it saw Mastodon focusing far more than usual on softer, more introspective material, and that carries over to Hushed And Grim. There’s no throwaway rock along the lines of “Show Yourself” or stoner rock a la “Steambreather”; instead, there’s a very serious, subdued tone virtually throughout this album. It would be a large exaggeration to suggest that this wasn’t a metal album, but there’s a lot of music here that really delves into the softer side of Mastodon (which may explain the unfortunate absence of Neurosis’s Scott Kelly this time around). There’s bands that have taken similar trajectories where the idea of softening their sound seems to be contrary to their key strengths (Gojira immediately comes to mind), but the intricate Southern rock-heavy guitar work of Brent Hinds has always imbued Mastodon with an appeal that extends beyond pure volume, and songs such as “Skeleton Of Splendour” and “Teardrinker” have a captivating melodic charm to them.

I briefly namedropped Crack The Skye above, which seems somewhat apt, as Hushed And Grim is probably the proggiest album from the band since that record. Not “The Last Baron” levels, but most of the songs run over 5 minutes, taking listeners on compelling journeys such as “Pain With The Anchor”, touching upon Mastodon trademarks such as Brann Dailor’s mind-melting drumming, Hinds’ psychobilly guitar solos and a big crunching rifftastic climax. Perhaps the pick of the early songs on the record is “More Than I Could Chew”; one of several tracks here featuring keyboards, the track is brooding and heavy early on, but gradually meanders towards a melancholic conclusion lit up with an excellent guitar solo.

I was pretty hesitant when I first heard that Hushed And Grim was going to be such a long record; as much as I really appreciated Cold Dark Place, I was increasingly underwhelmed by Emperor Of Sand the more time that I spent with it, with several tracks on there that became increasingly skippable. Thankfully, this new album is a far more impressive record than I feared that it could be. A lot of that is due to the tone really venturing into where Cold Dark Place had hinted towards, but the excellent musicianship definitely helps. As always, Dailor is fantastic behind the kit, and it’s great to hear Hinds seemingly so involved in the record, with the guitar work on the new album probably the most impressive from the band since Crack The Skye.

Sadly, this doesn’t extend to his vocals, which are mostly absent on the new album; it’s pretty much just Dailor and Troy Sanders this time around. I like both as vocalists, but I’d say most of the less impressive moments on the album come from their vocals, which is partly due to a production job that seems to somewhat dull their impact, but also there’s a few sections where the vocal melodies really didn’t jive with the accompanying instrumentation, which has been an increasing issue for me across the past few Mastodon albums.

As I mentioned earlier, Emperor Of Sand featured several songs that I found at best forgettable and worst actively irritating, so I wasn’t expecting Mastodon to put together a 15-song double album without a few duds. On the one hand, I will say that I can find something to enjoy in pretty much all the tracks on the album, which is much better than I expected. On the other hand, there’s few moments, at least for the first three-quarters of the album, that rise above ‘very good’ to stand alongside the greatest work from the band, and a full 86 minutes of music consistently at a ‘very good’ level with a very similar vibe does cause fatigue to set in when doing a full album playthrough, meaning that Hushed And Grim isn’t necessarily greater than the sum of its parts.

Now, it is a double album, so one could instead evaluate it as two separate discs. This does work to the benefit of disc 1; however, it does mean that the second disc is frontloaded with arguably the weakest stretch of music on the album, as “Peace And Tranquillity” through to “Savage Lands” would all sit near the bottom were I to rank the album’s track list in order of preference, even if I do respect how much of a decent stab at a ballad-style song “Had It All” is. On the flip side, this second disc does also feature possibly the three best songs on the album as its closing trio of tracks; heavy on both the prog and the melancholia, “Gobblers Of Dregs” and “Eyes Of Serpents” feature several of the album’s best moments, whilst “Gigantium” has a pleasantly surprising sense of grandeur to it.

Hushed And Grim is a pretty obvious improvement on Emperor Of Sand in my opinion; it’s also arguably better than The Hunter and Once More ‘Round The Sun, although I’ve got a lot of time for both of those albums and appreciate their tonal variety. I’m really pleased overall with the approach the band took this time around in both mood and songwriting approach; however, I do feel like it lacks enough great moments to compete with their 2000s material, particularly given how bloated it is. Still, out of all the albums I’ve reviewed for the site, I think that this is one of the few with the potential to grow on me enough to cause me to re-evaluate my opinion a couple of years down the line.

Written on 03.11.2021 by
musclassia
Hey chief let's talk why not
More reviews by musclassia ››