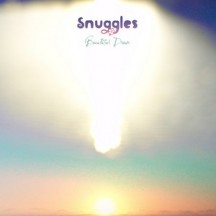 Leaning into his past work, Snuggles seems to be inspired by Ghost and Casualties Of Cool, the softer, more mellow of the duality that was circa-2010 Devin Townsend. While The Puzzle serves as the more experimental and adventurous of the two simultaneous releases, Snuggles indulges in the more relaxed and chillout side of Devin Townsend’s work.

Snuggles is a near 40-minute ride into soothing and relaxing tones that feel like the audio equivalent of a Bob Ross painting, producing the kind of music you hear over relaxation videos or montages that many use to unwind and rest rather than engage and wake up your mind. As a result, you are probably looking at this being the softest release on a site called Metal Storm, or at the very least the best of the softer releases on the site.

The use of aural vocals paired with over-the-top lush instrumental flourishes works best on tracks like “I Agree”, which serves as the high point of runthroughs, seeing the coalescence of the disparate elements that flow through the album into one moment. Selecting other highlights is much like picking the best shade of your favourite colour, with many of the tracks sharing the same characteristics as the next. This is perhaps the biggest advantage Snuggles has, with its sense of continuity and flow, the album feeling like one long seamless ride, allowing you immerse yourself in the music, which makes for far more replays of the album as a whole than individual moments.

The contrasting lengths of The Puzzle and Snuggles sees the latter being far less bloated, with it finishing before interest starts to wane. This sense of brevity allows the experience to be that bit more complete, drawing to a close before your mind begins to question how long is left and dashing the musical immersion the album manages to convey.

Snuggles does, however, suffer from the problem that most ambient albums face, that they feel very one-dimensional and wear thin quickly; for all the album does right, it is very limited in scope and isn’t something you can throw on at any time, rather being something you want to listen to when you want to unwind. For as solid as it is, the album does confine itself to being a one-trick pony, albeit one that does its trick very well.

If you’re in the mood for a relaxed ride through some gentle music, then Snuggles will have you covered; while the itch that it scratches is somewhat limited in scope, when you do get that urge then Snuggles has you covered in style.