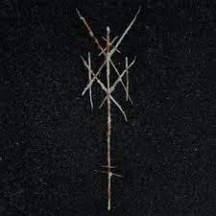 
I'm starting to think that "dood" might not mean "dude".

Hey, I made that mistake with Doodswens too, or "Dude Swans" as me and X-Ray Rod like to call them. But it probably means "death" or something in Dutch. But I'll still call them "Wicked dude". But the pronunciation is probably miles off. Anyway, what really set me off about this Wiegedood album is how long it's been since the last one. They had just one or two years between the previous ones, now suddenly there's a four-year gap. And There's Always Blood At The End Of The Road is not De Doden Hebben Het Goed IV, meaning that said series is now a complete trilogy. Wiegedood felt like the more black metal project of Oathbreaker / (now ex-)Amenra alumni, a black metal bordering on melodic and atmospheric, but not quite really. Well, this definitely feels like a new chapter.

There's Always Blood At The End Of The Road is a pretty stark tonal departure from the trilogy that preceded it. While still remaining within the same black metal framework, it replaced the mournful tone of albums past with some reinvigorated vitriol and unabashed anger. A whole lotta murk and filth sits on Always Blood, not necessarily in a death metal way, but as something to harshen the emotional appeal of the album. It seems like a lot of the hardcore parts of Oathbreaker's sound have seeped into Wiegedood this time around, but the post-hardcore amped up to even more violent means. Always Blood is honestly not that far away from a blackened screamo album.

And for a blackened screamo album, you'd usually find those messing around with either chamber music or post-rock or shoegaze or something, but Always Blood keeps some of the atmosphere and melody of works past, so it's not like it's a completely different band at the helm of the sound, but one who sharpened their sound and poured fire on it. So there's a combination of pretty cool riffing, that sits between melodic, hypnotic, and pummeling, and a complete drum blasting assault, and noise injections, and filthy blackened screams. There's still neat surprises, like the aforementioned noise injections, some chants, some of the best riffs I've heard this year, and whatever the hell happens during "Wade". And with this being the longest Wiegedood album, as in the first to go over 40 minutes of runtime, it also feels like the fullest and most accomplished.

While I definitely enjoyed the preceding trilogy, I still had the slight feeling that those were more of an afterthought and Wiegedood was overshadowed by the members' other bands. Well, There's Always Blood At The End Of The Road puts them right alongside them.

Written on 18.01.2022 by
RaduP
Doesn't matter that much to me if you agree with me, as long as you checked the album out.
More reviews by RaduP ››