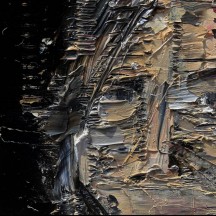 
Six albums in and I still don’t really know how to describe how Helms Alee sound, which is great, considering that’s the main purpose of this article.

My review of their previous album, Noctiluca, was one of my first front-page reviews for the site, and looking back at it, it certainly wasn’t one of my finest works (not least because I spelt at least one song name wrong). It’s been three years since then and Helms Alee haven’t really appeared on my radar in the intervening years, until all of a sudden I’m seeing them at Roadburn, Radu’s interviewing them at Roadburn, and I’m trying to make heads or tails of their new album, Keep This Be The Way. It’s a title that doesn’t quite make sense, but in some ways that reflects Helms Alee perfectly.

There’s lots of genre tags you can throw at this band to try and cover different bits of their sound, whether it be sludge, alt rock, noise rock, psychedelic, math, post-hardcore, or whatever else, but the end result is something that doesn’t really sound like anything other than just ‘Helms Alee’. It’s a very admirable trait to have as a band, and it’s one that the band retain this time around. A power trio with everybody contributing vocally, the sound of this band, for me, first and foremost depends on the drums. With lots of tom use, Hozoji Matheson-Margullis drives the band along at times; the tribal feel that carries “See Sights Smell Smells” is one way in which it becomes evident, while the huge sound that they build in “Tripping Up The Stairs” elevates it into one of the standout tracks on Keep This Be The Way.

The things that make Helms Alee great on Keep This Be The Way are myriad, however; the Jane’s Addiction-esque guitar leads on “Tripping Up The Stairs” are another reason that this song stands out. The one song that perhaps stands out even more to me is “Do Not Expose To The Burning Sun”, comfortably the longest track on the record, and one that undergoes an incredibly satisfying evolution from ominous beginnings that gradually build into loud, hard riffs and expansive soloing. For those looking for the louder moments to be found here, there’s a dirty grunginess to the guitar tone on the title track and “Three Cheeks To The Wind”.

As already mentioned, Helms Alee are a three-vocal band, and with this comes good and less appealing moments. With each individual having their own tone, their combination together can unlock intriguing possibilities, with some nice unorthodox harmonizing to be heard particularly on “Mouth Thinker”, and a next level of intensity unlocked when two or all three of them are shouting together on songs like the title track. At the same time, with music that’s a little unorthodox, it’s not always easy to wrote vocal parts that go well with them, and there’s a few times on this album where I find myself struggling to click with what they’re doing, such as in the chorus of “Three Cheeks To The Wind”.

Another thing that can come with having a unique and unusual sound is taking stylistic choices that have the potential to divide. For me, the saxophone freakout 2 minutes into “See Sights Smell Smells” derails the atmosphere and momentum that this song was otherwise generating up to that point. There’s also a few shorter, softer cuts here that I have contrasting relations with; “How Party Do You Hard?” is a glorified interlude, but the soft singing and twinkling sounds that feature in it do turn it into something greater. On the flip side, the little indie piece “The Middle Half” is one of the least appealing examples of the vocals on the album, with neither of the pair singing on it sounding in pitch.

It is an imperfect mix of sounds on Keep This Be The Way, but it is one that just further cements the distinct and uncompromising voice that Helms Alee have now spoken with for 15 years. For those who with a taste for alternative rock with some bite and weirdness to it, this album is as good an entry point into the band’s discography as any, and at 35 minutes, it’s a very concise yet explorative interpretation of their vision.

Written on 05.05.2022 by
musclassia
Hey chief let's talk why not
More reviews by musclassia ››