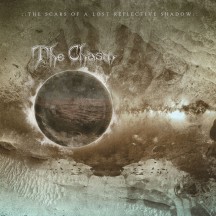 
01. Return Of The End (The Ancient Spirit That Makes Me Aware)
02. A Keen But Empty Sight
03. Spectre Of The Arcane Cognition
04. An Occult Gift Responds
05. The Constellations Stagger
06. A Chronicle From The Parallel World
07. The Paths That Led To The Abysm
08. The Nightfall Ills With Deathly Symbols
09. The Funeral Cortege:Sepulchre:/Final Flight Of The Hateful Raven/Portal To The Isolated Domain


A more aggressive take by one of the most cryptic death metal bands.

The Chasm, other than being that one Mexican band that everybody knows, even though they've relocated to Chicago since; is mostly known for their take on death metal, one that feels progressive and intricate without necessarily being progressive death metal. One that twists within its forms and balances out the intricate, the atmospheric, and the accessible melodic heavy metal touches. They've been at it for quite a while, having a hard to match streak of amazing albums in between 1994's Procreation Of The Inner Temple and 2009's Farseeing The Paranormal Abysm. Something did change about The Chasm afterwards. Longtime guitarist/bassist Julio Viterbo left, leaving a period where a bunch of other musicians have came and left, and The Chasm ended up as a duo of the two founding members (drummer Antonio León and everything-elser Daniel Corchado) for the two albums since.

Their only other album since, 2017's A Conscious Creation From The Isolated Domain - Phase I, has lead to no Phase II just yet, was a bit of a detours as it was a purely instrumental record. And even with The Chasm's compositional skill that was a bit too ambitious to pull of, considering its length. And even though I'd wish for a Phase II that would nail the concept, it's easy to see that as a learning experience that lead to The Scars Of A Lost Reflective Shadow. Considering how bizarre The Chasm's music can be, the prospect of a more streamlined The Chasm album might not be as appealing. But even a more streamlined The Chasm album is more intricate than most band's most progressive album.

Here, a lot of the aggression comes from a renewed thrash injection. Both in terms of bizzaro prog thrash a la Mekong Delta and Watchtower and more generally punchy stuff like Kreator and old Sepultura, these are used to as propellers of the more direct sound into aggression. And even within that space, there's plenty of space for riffing that feels either off-kilter or very melodic, but all of it in a very mid-90s sense. To say that this album sounds older than it is is an understatement, both in terms of songwriting, but also the production, while being crystal clear, it still retains a very olden vibe to it. Not to mention the almost spoken growl approach that the vocals take ring the word "rotten" in my head quite easily.

Aggression aside, the album's best feature is that it is an absolute riff-fest. Even with the streamlining, The Chasm refuse to reuse a single riff or melody too much, leading to a relative lack of hooks and choruses, and to a multitude of disparate transitions and juxtapositions and ever-changing sections that somehow don't implode on themselves. Sure, that varies from track to track, so I don't mean to say that there's no repetition or that The Chasm are frantic and disjointed in their songwriting. But here they found a pretty neat way to sound more streamlined while still retaining their characteristic elusive intricacy. Not all of it works well enough for me to place The Scars Of A Lost Reflective Shadow on the same level as the pre-2010 albums, but it's more than enough to show The Chasm as a force still vital, and with the fat trimmed enough to ensure plenty of replayability.

Hey, did I mention riffs?

Written on 01.06.2022 by
RaduP
Doesn't matter that much to me if you agree with me, as long as you checked the album out.
More reviews by RaduP ››