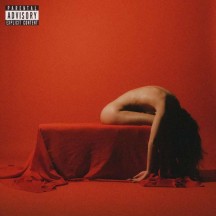 
A bit out of my comfort zone, but overall an enjoyable time.

You could say that I’m not the biggest expert when we’re talking about metalcore. Usually it’s not the genre I’ll specifically look out for, since to me, it’s often a very hit-or-miss kind of thing. This specific record was recommended to me by a friend who thoroughly enjoys The Death Of Peace Of Mind.

Me? I like it, but that’s something most of you astute sleuths have already found out by looking at the score, of course. So, what exactly do I like about Bad Omens’ latest? The strong band performances, and just an overall feel that these guys have their own voice within the metalcore circles.

Speaking of voice... Noah Sebastian did a pretty spectacular job on the vocals here. Bear in mind that this is the first time I’ve listened to a record with him on vocals. Both the softer and heavier moments benefit from his vocal additions. The harsher vocals are very traditional for the genre, but the softer ones feel a bit more unique. There’s a certain haunting touch to them, which does fit quite a few of the songs very well.

The other thing that should add a bit of personality to this record are the electronic touches. Now, it’s very much not the first time a metalcore band makes use of these to give their songs a bit more gravitas. I spoke about how metalcore for me is 50/50 kind of genre; with electronic elements, I’d say there is only about 40% chance I’ll be liking it, simply because it’s often not implemented satisfyingly. A lot of the time they result from shallow attempts at adding catchiness or a bit more memorability. Luckily, I didn’t find that to be the case with The Death Of Peace Of Mind. In general, the electronic elements add to the atmosphere of this album.

To get a feel for whether you’ll like this album or not, you’d simply have to listen to the title track in my opinion. It’s basically the blueprint for the other tracks on The Death Of Peace Of Mind. More often than not, the band is looking for that contrast between soft and harsh elements. To great effect, you might ask? Ehm yes... for the most part... However, they use it a lot and as a result you get songs that can feel a bit more like filler than the ones that click immediately and a have a more memorable chorus to them. And after a couple of extra listens, I don’t really feel like there are tracks on this album that will grow on me more in the future. Is that a bad omen for the staying power of this record? All puns aside, for me personally I don’t think it’s a problem, because I also realized while giving this record a few more spins, that I still immensely enjoy the ones that clicked with me from the start.

In conclusion, yes, I do recommend The Death Of Peace Of Mind. I might not be the biggest expert or fan of the metalcore genre, but this one did hit its mark for me. And that counts for something, I guess. I’d say give it a chance.