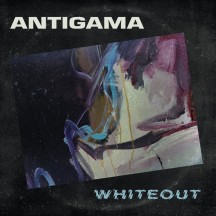 
Some grind is more groovy, some more chaotic, some more experimental, some more pummeling. Antigama try to bridge a lot of that once again.

Antigama, one of grind's best kept secrets and one of the most consistent bands on the scene, are already celebrating 20 years since their debut album, Intellect Made Us Blind. Since then, they've been trailblazing grind that is jazzy, progressive, chaotic, groovy, pummeling, hence why you have them tagged as "experimental grindcore" on our website. That is a bit of an exaggeration, since the band never really committed to being completely bonkers, at least not to the same extent that some other bands in the scene have, and since grind has had its fare share of experimentation since, Antigama's sound doesn't feel as "experimental" as it did more than a decade ago.

That trend is also cemented by their records since 2015's The Insolent feeling a bit closer to straight-forward grind, something that also happened because straight-forward grind has been moving closer to them as well. That was the last proper full-length Antigama released, but it's not like they've been on pause, releasing EPs and splits too. Now I don't claim to be an expert on Antigama's history and maybe that's a trend that is just surface-level. But listening to Whiteout, the feeling that I overwhelmingly get is "this is great grind" not "this is out there".

This isn't to say that Whiteout is just meat and potatoes, since some of the band's previous mathcore leanings and dissonant melodies are showing occasionally, and there are still plenty of moments where the riffing is a bit more than just straight-forwardly groovy. But save for the last track, it isn't something I'd not expect to find on most old-school grind albums, albeit one with a bit of a stronger death/thrash vibe and more mid-paced moments. And a very good one at that, with the groovy riffing filling Whiteout with properly moshable moments, all pummeled under the snare and the punchy vocals. It isn't until paying closer attention to the riffing that some of those dissonant undertones become more apparent, as if hidden in plain sight.

But now forget everything I said about the album being more straight-forward, because Antigama saved the weirdest for last. Jazz grind isn't anything new, but the Naked City-ish finale to Whiteout does put it a lot of spice on top of everything.

Written on 20.07.2022 by
RaduP
Doesn't matter that much to me if you agree with me, as long as you checked the album out.
More reviews by RaduP ››