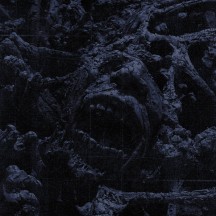 
Music isn’t the art form most suited to sequels, so it may not have much competition, but Panzerfaust’s The Suns Of Perdition must be among the best metal album trilogies ever.

I’ve mused about the unclear definition of ‘post-black metal’ in previous reviews of mine, and when I reviewed last year’s Der Weg Einer Freiheit album, I even said that Noktvrn felt closest to the concept of ‘post-metal played with blackened riffs and vocals in the loud moments’. However, across the now three chapters of The Suns Of Perdition, Panzerfaust have not only gotten arguably even closer to this concept, but they’ve realized this vision in what I consider to be a far more compelling manner. Furthermore, that balance has shifted closer to post-metal with each successive record.

There were clear atmospheric inclinations inspired by post-metal on 2019’s Chapter I: War, Horrid War, but it was first and foremost a black metal record, one with a bleakness, percussive nature and vocal approach that left it well poised to appeal to fans of acts such as Schammasch, even as it lightly dabbled with more dissonant tones. The songs on Chapter II: Render Unto Eden were consistently longer and more atmospherically inclined while still retaining the capacity for higher-intensity black metal aggression, with Troy fittingly namedropping the likes of Ulcerate, Deathspell Omega and Rosetta as potential influences. On Chapter III: The Astral Drain, I feel the pendulum has now completed its swing towards the other end of the black/post-metal spectrum.

Opener “Death-Drive Projections” is the longest song on the album, and at no point across its near-11 minutes do Panzerfaust cross over from brooding introspection into genuine aggression. There’s howling harsh vocals, sinister blackened chords and everything else one would expect building the atmosphere, but the drums stay away from anything approaching blasts, primarily utilizing atmospheric tom rhythms or marching snares. Across its runtime, Panzerfaust allow the dynamics to ebb and flow, deftly layering mid-tempo dissonant tremolos alongside subtle clean guitar lines, and the way the closing minutes of this track layer and interact with one another clearly takes inspiration from the likes of Isis and Cult Of Luna.

This approach remains fairly consistent across Chapter III: The Astral Drain; the closest Panzerfaust get to genuine aggression is the blasting climax of “Bonfire Of The Insanities”, but this is less than a minute of a 7-minute track, one which also sees the brief return of the clean vocals the band occasionally incorporated into previous records. This is a song that plays up perfectly to my soft spot for songs that, in a post-metal landscape characterized by shifts between louder and softer dynamics, instead progresses unidirectionally from a sparse beginning, gradually building and intensifying towards an explosive conclusion. Outside of this, there are other moments that prioritize black metal more, with “The Far Bank At The River Styx” spending a fair portion of its duration at faster tempos and “Tabula Rasa” occasionally flirting with harder, harsher arrangements. Still, if you’re someone who felt Panzerfaust were best as a black metal band with atmospheric ambitions, it’s possible that this album’s priorities may not entirely align with your own.

However, I can’t say that’s the case with me; The Astral Drain may not be my clear favourite of the trilogy, as I feel Render Unto Eden perhaps benefits from a bit more variety, but this new album is singularly engrossing and gripping pretty much throughout to me. All five of the ‘main’ songs are great in their own way; the one that I’ve not already mentioned, “B22: The Hive And The Hole”, is a song that will, like mentioned earlier, be right up the street of Schammasch fans, particularly when it unleashes the rampaging tom drumming during its overwhelming second half. “Tabula Rasa” features similar percussive approaches, first earlier in the song during a cleaner passage and then later with added gusto as the album reaches a fiery conclusion.

Now, when I said ‘main’ in the last paragraph, I’m referring to a curious perk of the tracklist. The first two chapters had 5 songs on them, and when Chapter III: The Astral Drain was announced, it also had a 5-song tracklist; however, the promo copy I received had 9, with four tracks ending with “(Interlude)” interwoven between the five previously announced ones. For the first three, all of which are under 90 seconds, the discrepancy is understandable, as it’s easy to imagine they could be added onto the end of their preceding songs. However, outside of the fact that it’s instrumental-only, I don’t really see how “Enantiodromia” could be considered an introduction; at six minutes in length, it’s nearly as long as “Tabula Rasa”, the song that follows, and beyond that, it’s a fully realized concept, even if a single-minded one. Furthering the parallels with Schammasch, “Enantiodromia” could perhaps be described as ‘dark tribal ambient’, with tribal drumming sustaining it throughout as clean-yet-blackened guitar tones and other atmospheric noise fill in around the drums. It’s a great feature, one that nicely builds the tension before the album’s closing song.

With only 3 albums across the first decade-plus of their career, Panzerfaust have really upped the ante with three full albums between 2019 and 2022, yet this heightened productivity has no ‘quality vs quantity’ issues, as the Canadians have smashed it out the park each time. If you’ve not yet encountered Panzerfaust, this is the perfect time to get into them, as there is now a killer trilogy of records waiting for you to dive into.