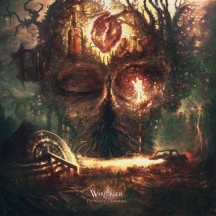 
There’s been plenty of bands whose approach to following up their debut record has been to take that initial sound and make it bigger, grander, more epic. But what about if your debut album already is incredibly big, grand and epic?

Warforged spent a lot of time building towards 2019’s debut full-length I: Voice, and this extravagant record both generated and merited sizeable hype. Its potential was seemingly apparent before its release, since the group managed to recruit the likes of Dallas Toler-Wade (ex-Nile), Poh Hock (ex-Native Construct), Christian Münzner (Obscura) and a number of other renowned figures in the technical/progressive metal scene to contribute as guests. The end result was a 73-minute behemoth of extreme progressive metal, one that delivered ample servings of fierce tech-death alongside Opethian softer prog sections, with everything wrapped up in sci-fi lyrical and musical packaging. ScreamingSteelUS provided a thorough summary of the various influences and benchmark bands that can be recognized in I: Voice (funnily enough, I chose the exact same 3 guests to highlight as SSUS without checking his review first).

I: Voice was a hell of a way to introduce oneself to the world, but it left an imposing standard to live up to with subsequent efforts, and this challenge was only complicated further by the departure of keyboardist/vocalist Adrian Perez earlier this year. The vocally versatile Perez was replaced by I Killed Everyone’s Tim O’Brien, who opts for a more brutal death/deathcore approach as standard, but there’s also Perez’ writing contributions that need replacing, and perhaps inevitably, the resulting sophomore release, The Grove | Sundial, represents a significant departure from I: Voice. In this case, ‘different’ doesn’t mean ‘bad’, but fans of the debut may have a hard time adjusting.

The first indication of how things have changed can be detected without hearing a note of The Grove | Sundial; both albums have 9-song tracklists, yet this new record is nearly a half-hour shorter than I: Voice, so evidently the prog has been (sun)dialed down quite substantially. If you remember the spacy quiet sections in “Cellar”, the extravagant tech-death solos of “Voice”, or other similarly expansive moments from the debut, you will come to recognize their absence on The Grove | Sundial. Instead, this sophomore effort takes the intense, bruising tech-death side of the debut and turns it into the band’s core musical element.

Now, on the one hand, this absence of the proggier side of Warforged is something to mourn; however, the important thing when you make a change in approach is to ensure that what you’re moving to remains appealing in its own right. On that front, Warforged generally succeed; the juggernaut of conveyer-belt technical, intense extreme riffing consistently delivers the goods, whether smashing along at maximum velocity or slowing down to dwell on a grander climactic moment. Additionally, while the proggy detours have been turned down in a big way, there are still snippets woven into these songs; “No Land Man” features occasional brief ebbs within its flow, most notably a grandstand solo segment late on, while “House Of Resentment” is the song that harkens back to Opeth’s proggy side the most with a lush acoustic guitar/synth midsection.

One weapon that Warforged make use of across the album is breaking up more full-pelt attacks with some really chunky grooves; in these moments, I find myself looking towards early-mid Opeth as a reference, even if the rest of the album generally depends more on modern tech-prog death bands such as Rivers Of Nihil or The Faceless. Another approach that often delivers strong results is when Warforged up the ante within a song; prime examples of this can be heard on “Sheridan Road” and “Bliss Joined To The Bane”, both of which start more muted in one way or another, but climax with intense vocals, blasting, and guitar arrangements that deliver a lot of excitement.

Now, there are flaws in The Grove | Sundial, and one is more obvious than most. To be blunt, the clean vocals are not great. Listeners are spared them until the beginning of “Sheridan Road”, but in a situation where fans are likely salivating at the soft start to the song and anticipating some tasty weird prog, the shift into acoustic strumming is joined by some weirdly grungy singing that is predisposed to underwhelm, both due to its tone and the note selection. It’s a shame, as once this song gets going around the 90-second mark, the initial cleaner progginess slowly morphing into more intense and technical instrumentation (with a particularly sick tremolo riff marking the turning point of this transition) results in some of the strongest material on the record. Beyond “Sheridan Road”, there’s clean singing in the chorus of “Burning Days” and in the bridge of “The Place That Breaks Your Bone”, and while both dial down the grunginess, they’re just not particularly interesting sections, particularly thinking back to what Rivers Of Nihil deliver in their clean-sung moments.

It's unfortunate, because in contrast to the variety on I: Voice, these moments represent some of the few opportunities to break away from the tech-death chaos, and yet the underwhelming nature in which they’re delivered makes them difficult to savour. Instead, one comes to relish the extremity of the record, and while this is delivered with consummate professionalism and feisty riffing, it lacks some of the character of the heavier parts of the debut. As a result, The Grove | Sundial ends up being a solid next step for Warforged, albeit one that is less enchanting than their showstopping first outing.

Written on 11.09.2022 by
musclassia
Hey chief let's talk why not
More reviews by musclassia ››