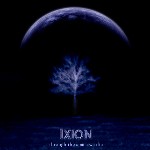 Got it? These three letters sum up my feelings towards this demo. I could end the review here. I obviously won’t, but I’ll keep it short instead of indulging in meaningless chitchat about Ixion. For the record, this French band was created in 2004, they play atmospheric doom metal and this is their first demo.

That this is a first demo leaves me struck with awe. There is a maturity in the songwriting, a capacity to avoid the most worn out clichés of the genre that you usually only find in more established bands. Ixion claim Shape Of Despair, My Dying Bride and Paradise Lost as major sources of inspiration. These influences are really obvious, but who cares about originality in front of such beautiful music?

Everything on this demo converges towards one goal: taking the listener on a voyage through space and time, in cold landscapes and surreal worlds. The electronic sounds of the keyboards, the classical piano and violin, and the distant, almost ghostly vocals create a unique atmosphere. This is beautiful and unsettling, eerie and cold, cosmic and morbid.

Even though the pace is not exactly fast, the six songs on “Through The Space We Die” are all quite short for doom metal. Instead of losing themselves and eventually weakening the impact of their music, Ixion go straight to the point and deliver an atmospheric doom metal masterpiece. When a band is able to release, on the first try, an album teeming with out-of-this-world beauty and emotion, there is no doubt they will become big. With “Through The Space We Die”, Ixion show they already are among the best Doom Metal acts in France. I can’t wait for their next release. You who read this, do yourself a favour and check them out.