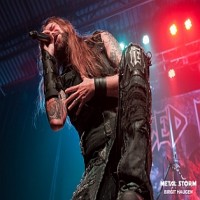 Iced Earth, Sabaton and ReVamp; what an amazing tour package. Right? The fans in and around Denver, CO thought so as well and came out in droves to see and support the bands. 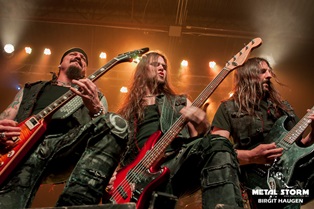 Denver's own Moth opened the show and since doors were an hour before their set, there were actually a good amount of people already inside the venue ? or so I heard. Unfortunately I missed their set due to a scheduled interview with Sabaton which took longer than anticipated. Next time guys, I promise!

By the time ReVamp took the stage, the Summit Music Hall in downtown Denver, CO was pretty packed. No surprise to me; this was the band's first North America appearance and with vocalist Floor Jansen being also in Nightwish now, I bet a lot of people were eager to check her out.

ReVamp did a great job within their limited 30 minute time slot and it was actually interesting to hear people's thoughts about Floor's vocal performance; in particular her more forceful singing during some songs. She has an amazing vocal range and since ReVamp is definitely more aggressive in nature than Nightwish, some people had mixed feelings about the set. I thought it was great; and equally great was that the entire band invited their fans to the Merch stand after the set for some informal Meet 'n Greet and to take pictures. 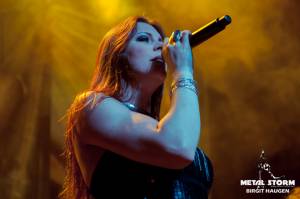 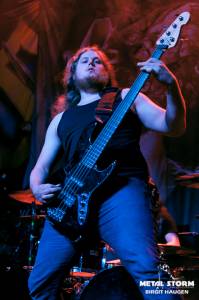 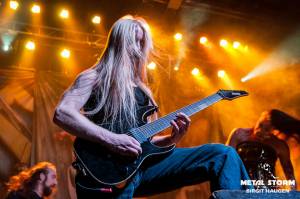 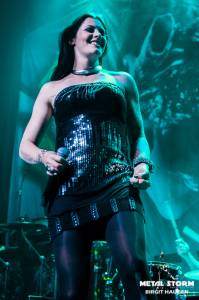 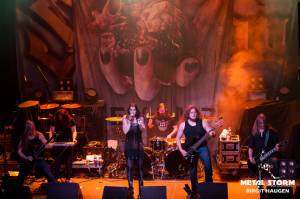 Click here for the entire Picture Gallery of ReVamp

Sabaton. They always bring the party - hands down. I have never seen a bad performance by those guys and the gig in Denver was no exception. Chants of "Sabaton - Sabaton" started to get louder and louder as the time neared for the band to take the stage. Yes, there were some pretty major line-up changes, but Joakim & Co didn't miss a beat and proved, once again, why they are the hottest (power metal) band in Sweden these days.

Lights off - intro to "The March To War" - fans going apeshit even before the first note of "Ghost Division" was played = awesome start to an awesome show. Seriously, the fans were really into Sabaton and sang most of the lyrics to the songs right there with Joakim. The band even played one song ("To Hell And Back") of their new album Heroes which had its official release after the Denver gig.

Sabaton powered through their set and Joakim was even more engaging than I remembered and in return the fans showed their appreciation with constant cheering, fist pumping and singing along side of him.

During our interview earlier in the day, bassist Pär Sundström told me that the attendance on this tour had been the best one for Sabaton thus far here in the States, and speaking solely of their Colorado gigs over the years, he was absolutely right. While Sabaton might not be a huge draw as a headliner (sans bigger markets such as New York or Los Angeles), they do very well as a support band. Hopefully this will change in the near future and if you did miss them on this tour, don't fret, the boys will be back in support of Amon Amarth later this fall (click here for dates). 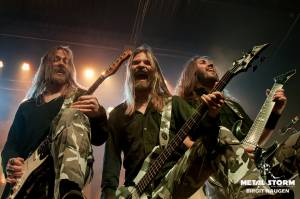 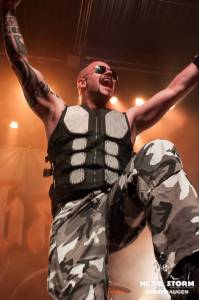 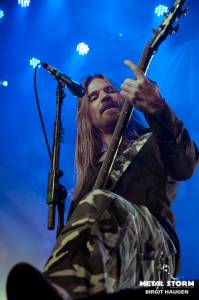 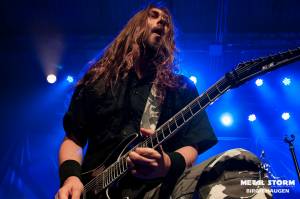 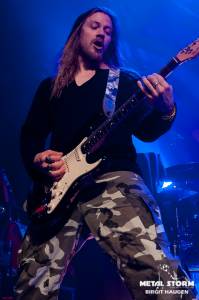 Click here for the entire Picture Gallery of Sabaton

For some reason the room thinned out before Iced Earth took the stage; weird. They haven't played in Denver for some time now and since they had just released Plagues Of Babylon in January, I assumed folks wanted to hear the new material live. Whatever; those who left actually missed a pretty good show.

Jon Schaffer was the man behind the axe and while Stu Block cemented his position as vocalist even further, for me personally, it was nice to see Jon Dette behind the kit; been years since I had seen him pound the drums live.

Iced Earth started their set with "Plagues Of Babylon" and followed with "Democide", both of the new album, before reaching all the way back to 1998 with "Burning Times". And right there it showed that Jon Schaffer made a wise decision a couple years back when he brought Stu into the fold. Not taking anything away from his time with Into Eternity, but singing for Iced Earth somehow does fit the man better. Unfortunately we have to wait a while longer before the band tours again since Jon underwent neck surgery. But mark your calendar once Iced Earth does announce the return to the touring scene, since their shows are always a sight to see. 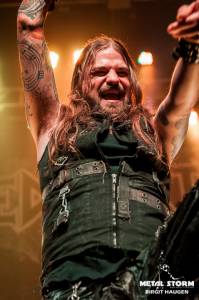 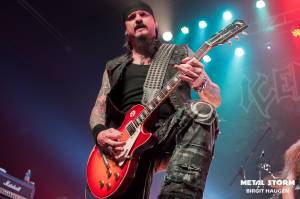 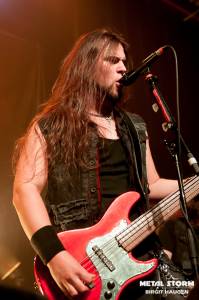 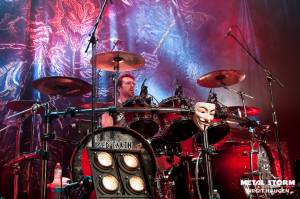 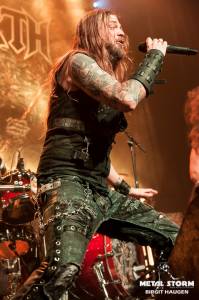 Click here for the entire Picture Gallery of Iced Earth