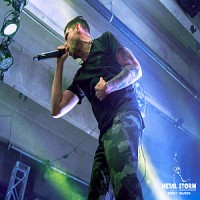 This summer Whitechapel laid waste to venues across North America during their massive co-headlining tour with The Black Dahlia Murder and after catching their breath are currently trekking across the USA once again.

With bands such as opener Slaughter To Prevail, Oceano and direct support Chelsea Grin in tow it was easy to predict the excitement of the fans and several venues had/have been sold out days/weeks in advance; Sunshine Studios Live in Colorado Springs, CO was no exception. 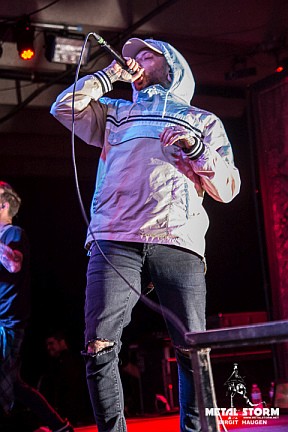 Chelsea Grin
Kudos to the Southern Colorado metal heads for supporting the event and at last count the final attendance was a bit over 600 people. Nice to hear was that some of those had already bought tickets to Whitechapel's sold out show in Fort Collins, CO the next day as well. Colorado for the win

especially since we had one of those days where it was sunny and nice and within hours we had blizzard like conditions.

Anyhoo, I had crap to do at home and therefore missed the two openers and barely made it into the venue before Chelsea Grin took the stage. The line was insane I was told and maybe the venue should open doors earlier next time they face a crowd of 600plus. And speaking of the venue - this has been the second time I set foot into Sunshine Studios Live and it surely won't be the last. They recently remodeled the inside and I dig it; way more space and I think they made the stage a bit bigger as well. Great job!

So, Chelsea Grin, in my opinion the "mellowest" band on the bill did a great job of keeping the momentum alive. Now a 4-piece band, the guys around new vocalist Tom Barber seem comfortable with the new arrangement. Time will tell if it stays that way. One thing is for sure though, Tom is a heck of a front man and the audience had a great time. The majority of their 45min set was dedicated to their summer release Eternal Nightmare, but older songs such as 2011's "The Foolish One" brought back memories of their more intense periods. 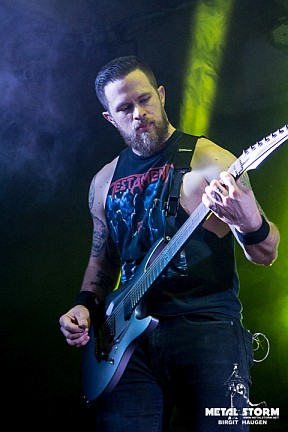 Whitechapel
All in all it was a good set and if you haven't seen Chelsea Grin with their new frontman - do check him out.

Whitechapel - wow, can't even remember the last time I have seen them live and it was a no-brainer to attend this show. Granted, and everyone who knows me in real life can attest to that, -core is not my preferred genre. But every now and then I do enjoy getting down and dirty with some nasty breakdowns; that night was one of those nights.

The tour was dubbed "Ten Years Of Exile"; yes in 2008 Whitechapel released their second full-length album This Is Exile, and while it is not my favorite release by the band, the pure fun and energy which with they played the entire album was a sight to see and hear for that matter. Before Phil and Co. commenced playing the album from front to back, they first teased the audience with a couple of oldies but goodies ("Faces", "Elitist Ones", "The Saw Is The Law") as well as "Brimstone", the first published song off their upcoming March (!!!) 2019 album titled The Valley. I took a picture of their set-list which was pretty funny to read. 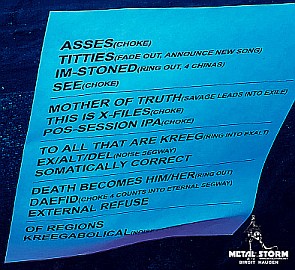 Whitechapel played for about an hour and I can attest to that everyone in the venue really wanted the band to keep on playing but it wasn't in the cards that night. Speaking of playing, Ernie Iniguez, the band's live drummer, is a really good fit and I hope he will be asked to permanently join the band.

The tour is still ongoing (ends Dec 16) and if you get a chance to see them, please do so. You won't regret it. 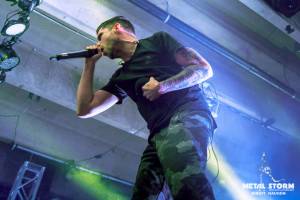 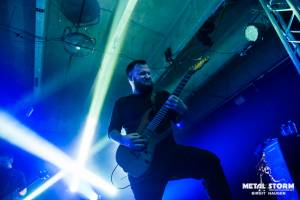 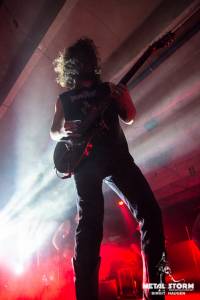 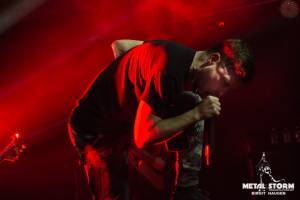 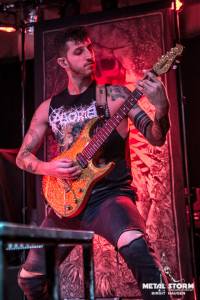 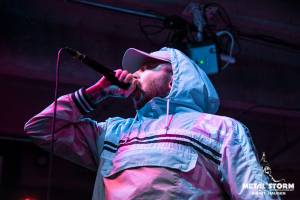 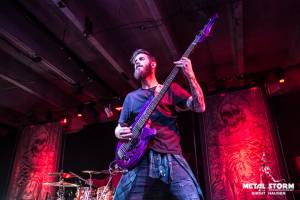 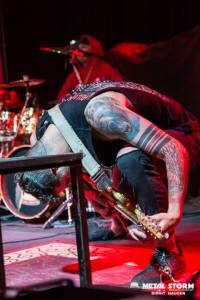