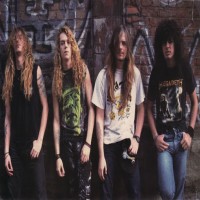 The career of Sepultura is one of mixed fortunes; their long and storied career has seen the group rise from lowly beginnings as long-haired street punks back in the 80's to the pinnacle of metal, before subsequently becoming a byword for a band past their sell-by date and finally shutting down naysayers with one of the most unexpected hits of 2020, Quadra. Splitting this article series into two, much like their fanbase, is how we will be focusing on the band, with the Max and Green eras covered respectively in Parts 1 and 2; this series examines how these Brazilian metalheads left a huge mark on music and changed metal with their works. 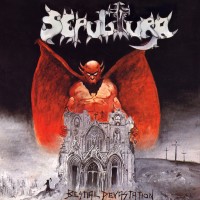 The debut release from the group that would become legends, Bestial Devastation was part of a split record with fellow Brazilians Overdose before being released as an EP in its own right a few years later. Recorded on a shoestring budget and with a trio of players new to the studio experience, you should treat these four tracks as glorified demo tracks, otherwise you will unfairly overlook the tracks for what they are. Even with these limitations, Bestial Devastation is a far more compelling listening experience than it has any right to be, with tracks like the Hellhammer-esque "Antichrist" and the 'black metal before it was black metal' "Necromancer" being the tracks that give merit to you listening to this album for more than the sake of it. While I haven't rated this album as it would do it a disservice, certainly give it a listen if you want to hear a harder and rawer version of the band long before they could even think of hitting the big time. 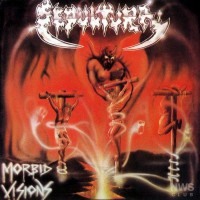 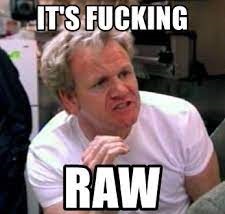 'Primal' goes a long to describing the embryonic sound of Sepultura's debut full-length; legend has it that the band neglected to tune their guitars during recording, and it certainly sounds like it. The group's songwriting skills had yet to be fully honed, but that doesn't mean they're short of ideas, with tracks like "Troops Of Doom" and "Funeral Rites" that make up for a lack of refinement with great riffs that, coupled with the album's youthful exuberance, are still entertaining in their raw form. While the whole album is something to behold and worth listening to in full, some tracks like "Show Me The Wrath" are lighter on ideas than others, but are played with such conviction that you can overlook much of the shortcomings the album has. Igor's drumming is perhaps the highlight here; he is leagues ahead of his bandmates and throws in fills anywhere he can. While the band had yet to fully understand the English that they were singing it matters not as Max's vocal style and pattern, on tracks such as "Crucifixion", are hard to hear clearly anyway and make for a unique approach to singing. If you are a fan of stripped down and back to basics metal pushed to the extreme then Morbid Visions is an album for you. 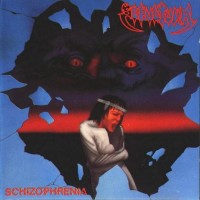 Take the primal energy of Morbid Visions and couple it with a band fast maturing in their songwriting skills and a vastly improved production, and you have Sepultura's second record Schizophrenia. The record kicks into gear with an oft-overlooked gem in "From The Past Comes The Storms" and doesn't slow down until the cacophony that closes out "R.I.P. (Rest In Peace)" comes to an end. The debut of Andreas Kisser sees Sepultura evolve from their blackened heavy roots into a more defined death/thrash compared with the proto-black metal of their prior two releases, though beyond an improved level of musicianship and move away from shock value, it is a subtler move than it initially looks. Although often drenched in too much reverb, like on "Escape To The Void", Max is sounding more confident in his vocals, and coupled with the more band's more expansive sound on tracks like "Inquisition Symphony" (a seven-minute instrumental that doesn't outstay its welcome), you have a band growing in leaps and bounds. While the album is audibly an improvement over the previous two releases, it is still a very raw release and one that doesn't do full justice to the songs, with the drums perhaps being the instrument that gets the short straw here, being stifled by what is a rather poor sound for such an excitable player in Igor. 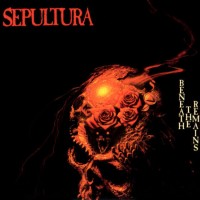 Now this is where the legend really starts to take hold; Sepultura's relationship with Roadrunner gets off to a flying start, one that opens the door on a partnership that would have a big impact on both groups, as well as on metal in general. On Beneath The Remains, the band's maturing talents and expansiveness as songwriters evolve to yet another level alongside a solid production courtesy of death metal legend Scott Burns, who understands the band's aesthetic and matches it with a perfect production job. Gone is Sepultura relying on the weight of their material to bring the heaviness alone, with Burns giving the band a sound that brings a whole new level of strength to the mix, coupled with the band's slow shift from black metal to death metal, which reaches its end point here. The opening duo of the title track and "Inner Self" are rightly regarded as classics of the genre but it doesn't stop there; the oddly named "Sarcastic Existence" features some amazing lead work from Kisser, while "Lobotomy" sees Igor further add to his then-burgeoning reputation as one of metal's best drummers. Perhaps the only thing missing is the youthful energy and exuberance of the band's earlier work that has been traded in for the Scott Burns production; while certainly worth the trade off, it does take something away from the record. 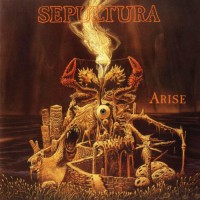 Now this for me is the highlight of the band's career, fully exploring the realms of thrash and death metal while retaining a laser-precision focus on producing tracks with no trace of filler to be found in them. With touches of industrial metal and hardcore punk scattered amongst the tracks, Sepultura are constantly moving forward even as they finally master the sound they have been building to up to this point. Listening to the albums above and then Arise, you can hear that this is the album they have been building towards, refining their skills and expanding their horizons with each subsequent release until it reaches its peak here. "Arise", "Dead Embryonic Cells" and "Desperate Cry" are the best known tracks but are by no means the sole highlights here, with deeper cuts like "Meaningless Movements" and "Altered State" highlighting that this is an album with strength in depth. The band sound stronger than ever with Scott Burns' return seeing a greater understanding of what the band needed, which is put into great effect here, with tracks like "Murder" bursting out of the speakers. The weak cover of "Orgasmatron" is the only downside of the album, ending what is otherwise a flawless runthrough of a band at the peak of their powers in their genre. 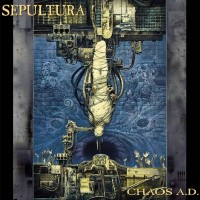 Much like many of their contemporaries in the early 90's, Sepultura knew it was time to change or die. Building upon the small variations and shifts in sounds on Arise, Chaos A.D. strips away the death metal power and gently eases the brakes on their thrash influences without diluting any of their power or impact, allowing tracks to hit just as hard without having to be as extreme. "Propaganda" is perhaps the best example of this, a track that could easily have been written years before but, instead of focusing on brute force, the band lean on the riff and the song's inherent groove to make it hit hard. Utilising Andy Wallace, who, tellingly not long having finished working with Helmet and White Zombie, gives the tracks exactly what they need sonically, empowering Kisser and Max's riffs while firming up Paulo's bass to give the songs a hell of a punch. On top of the all-time classics in "Refuse/Resist", "Territory" and "Slave New World", you have solid hitters like the aforementioned "Propaganda", "Kaiowas" and "Manifest". While Roots is the album that gets the majority of the attention, Chaos A.D. is its superior in terms of quality. Some tracks, like "Amen", are the runts of the litter, but they are not what you would call bad, well worthy of their inclusion and at worst are only songs I would leave until last when seeking out something from the album. 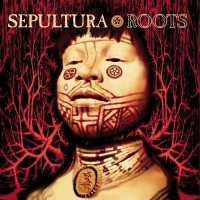 While Roots would serve as the high point of Sepultura's career, seeing them briefly move to the forefront of the metal scene that was slowly morphing into the nu metal scene, it was one that pigeonholes the album as a product of its time. The band's continuing experimentation would see them flirt with nu metal and combine it with their expanding Brazilian influences, producing what is perhaps one of the best metal songs of the 90's in "Roots Bloody Roots", forefront of other classics like "Ratamahatta", as well as deeper cuts like "Born Stubborn" and the acoustic "Itsári". When it clicks, Roots can rival any of the other albums in the band's catalogue for quality, aided by a Ross Robinson production that gives proceedings a bottom-heavy groove that is evident on "Roots Bloody Roots", which perhaps is the only evidence you need that his work here was a positive one. It is unfortunate then that the album has aged badly; coming out just as nu metal was the burgeoning sound back in 1996, Roots was considered cutting edge and amazing back then, but that blade has been dulled and long worn out now. "Breed Apart" and "Straighthate" are slow dirges that kill all momentum that the high points offer. while "Endangered Species" shuffles around in an unconfident manner. While the classics give you reason to hear the album out, the weak points will ensure that the skip button is readily utilized.

It was then, on a cold 16th December 1996, that Sepultura would draw a close on the first chapter of their career with the departure of Max Cavalera after a concert in London. The band had come extremely far, both geographically and in popularity, from their days as a group of long haired metalheads from Sao Paulo, producing some of the most important and powerful records in metal along the way. While the band is often overlooked nowadays, they deserve credit in shaping the history of metal by leaving their mark on black, death, thrash, groove and nu metal, and producing some of the classics in each genre.

Written on 23.05.2021 by
omne metallum
Just because I don't care doesn't mean I'm not listening.
More articles by omne metallum ››